Fluttering and dancing in the breeze 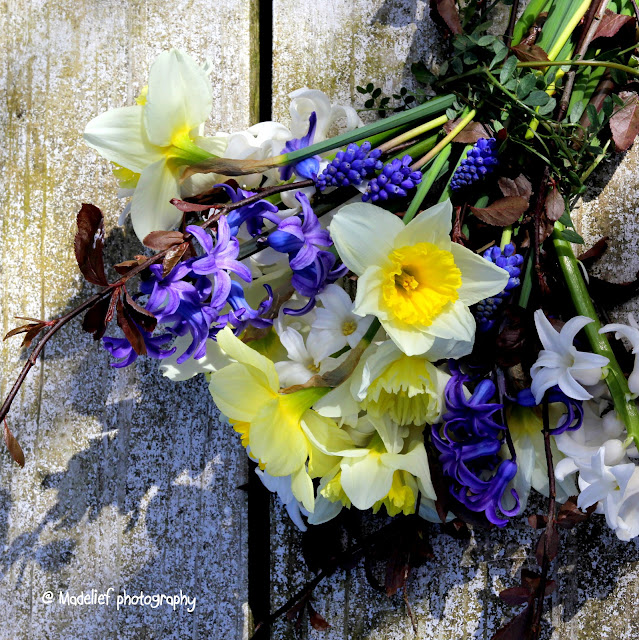 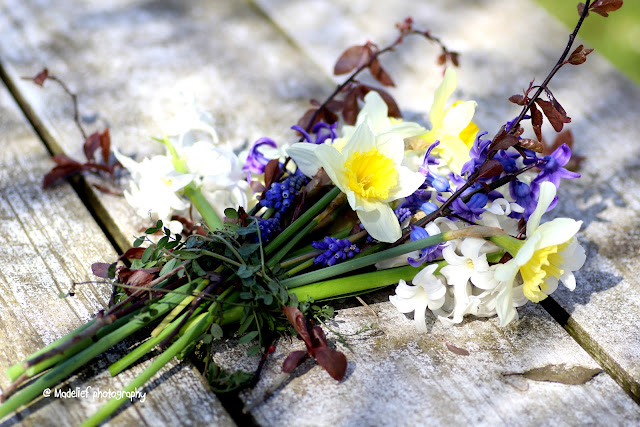 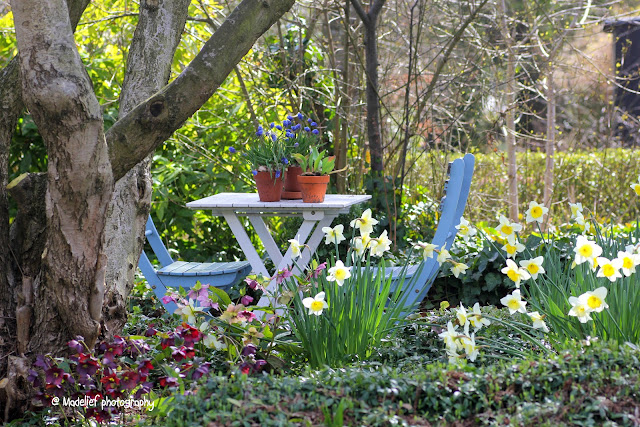 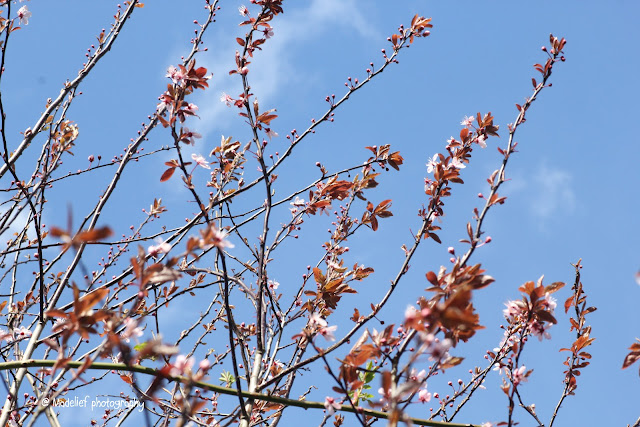 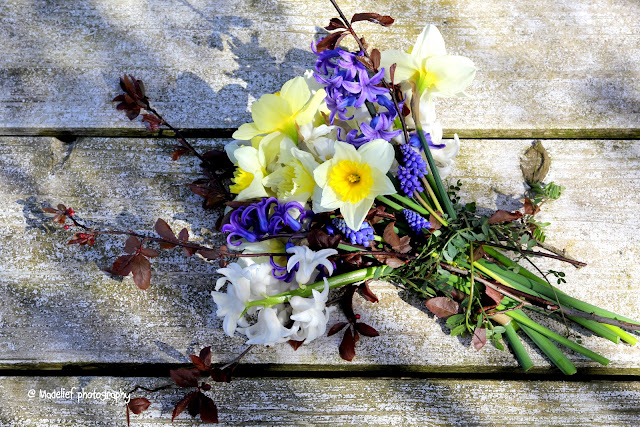 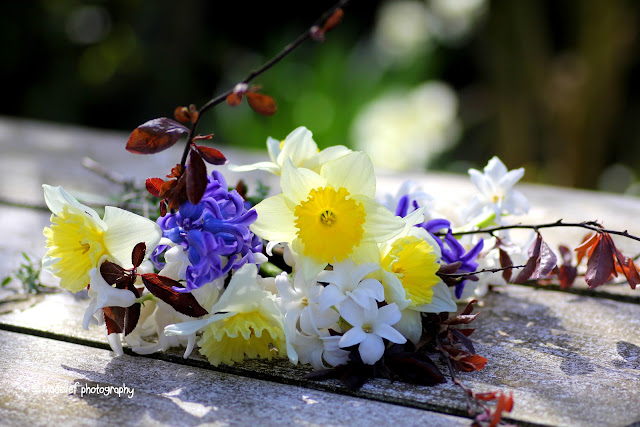 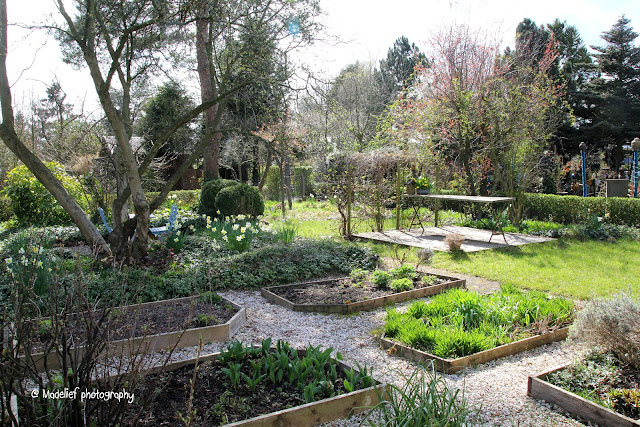 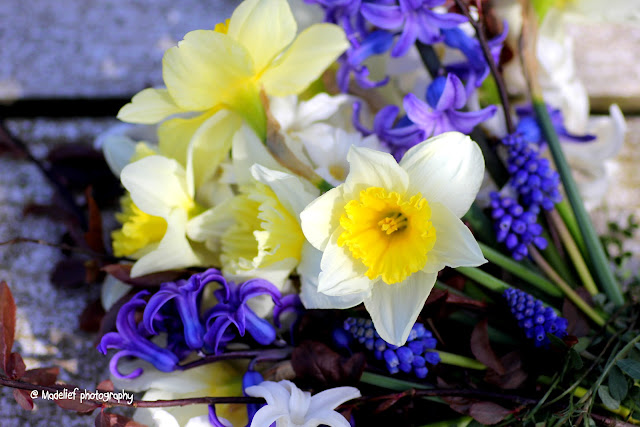 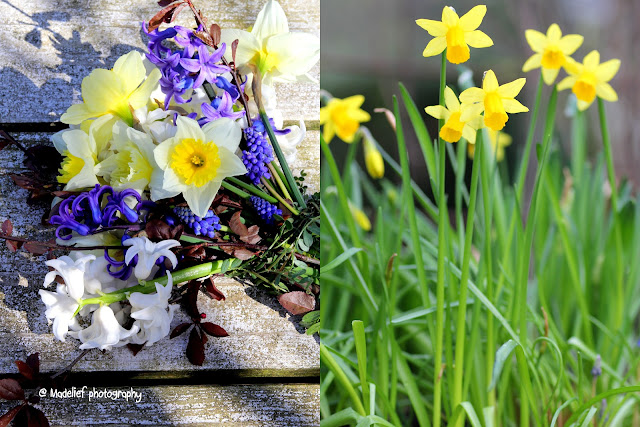 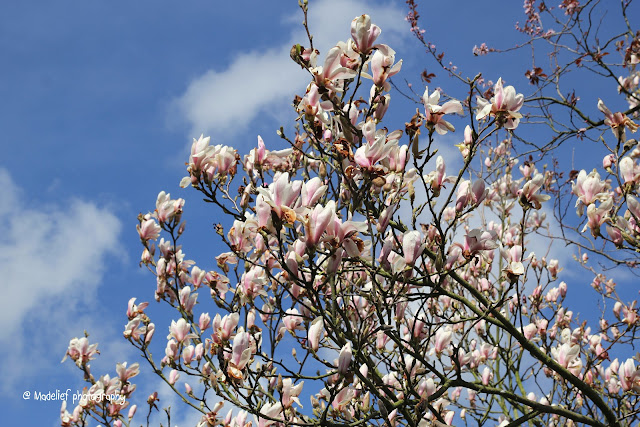 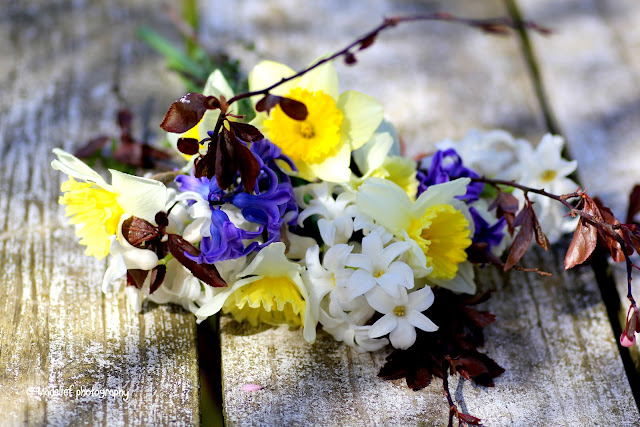 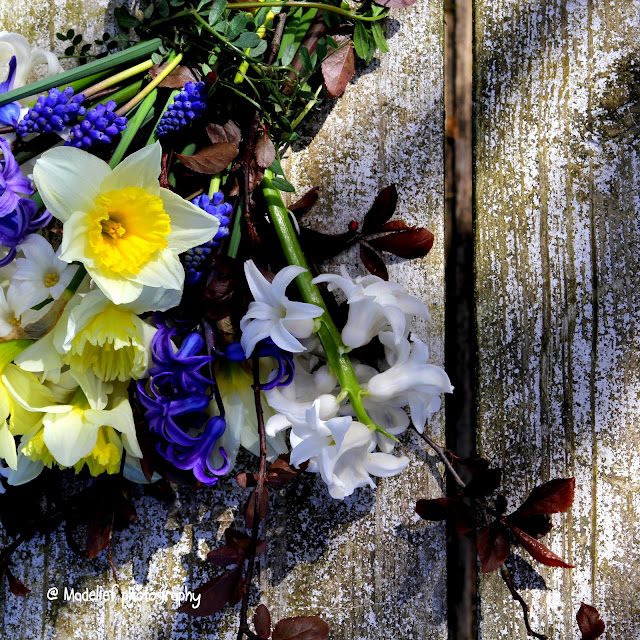 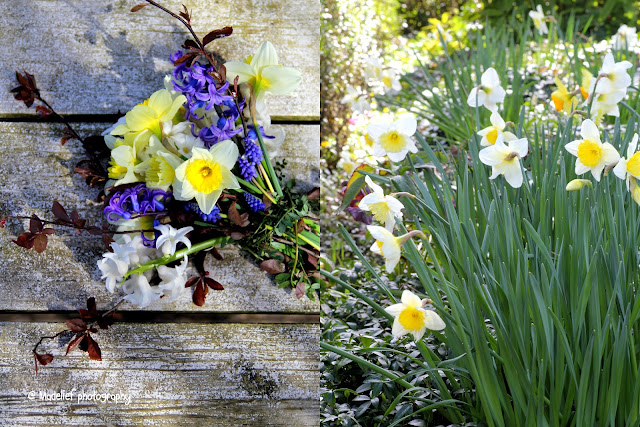 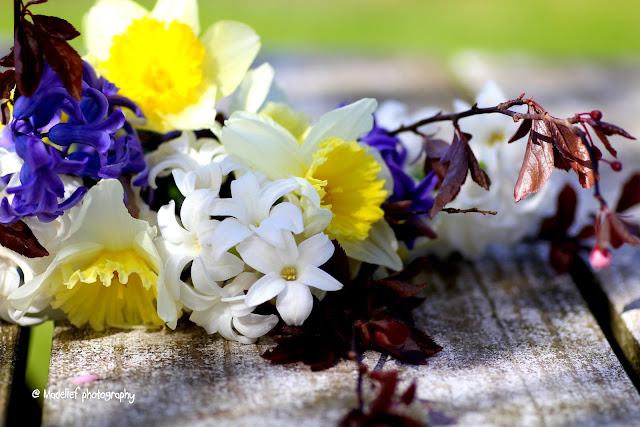 The words in my title are not by me, but by the English poet William Wordsworth. When I look at the daffodils in my garden, and think of the poem, I can see that Wordsworth did a good job. He captured the way daffodils move in the breeze, beautifully.  They have their heads down, away from the wind, and they sway, like they are dancing. They have a certain elegance too, with their long and slender stems.

Daffodils make excellent cut flowers. Before you combine them with other flowers, I advise you to put them in the water separately, for about 24 hours. The juice the plant exudes, won't poison the other flowers any more.

But of all the qualities Daffodils have, to me, the most important one is the happiness they bring. With their cheerful ruffled cups, the only thing you can do is love them.

Next week I will take you to my garden once more, to give you an update on the spring cleaning we did, in and around the garden house, and to show you the flowers that are in bloom. Some tulips are ready to open up, so with a bit of luck.......

Have a good week. 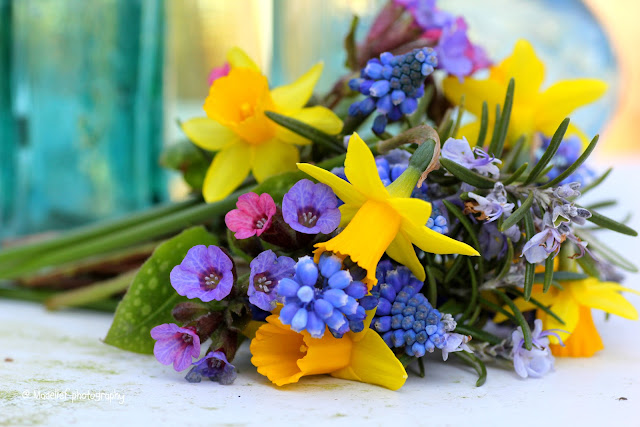 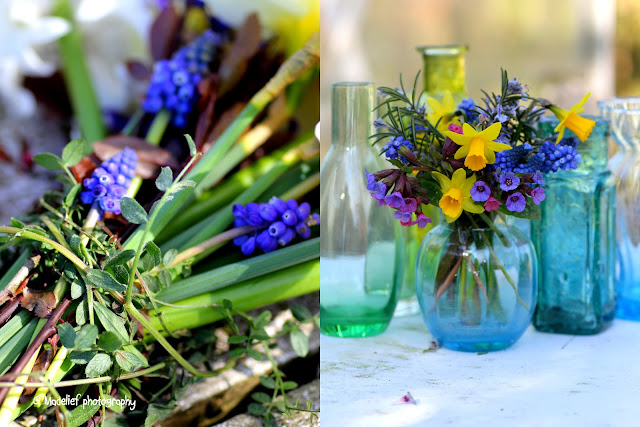 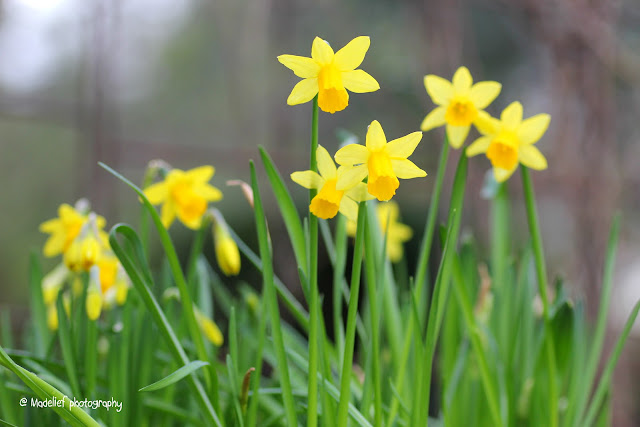 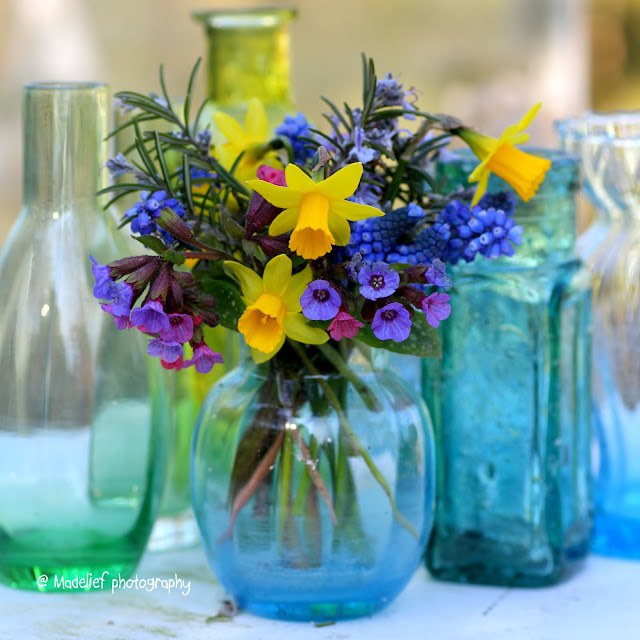 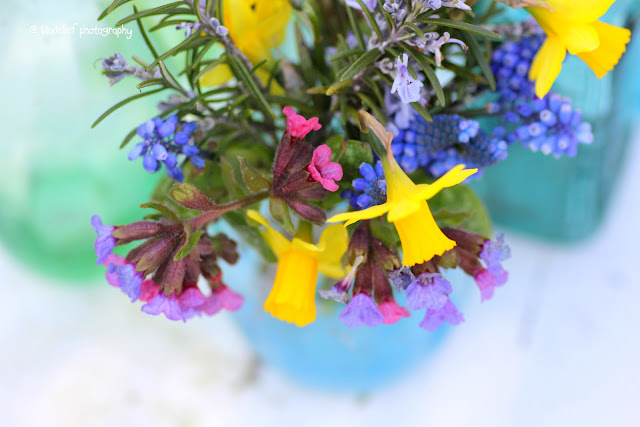 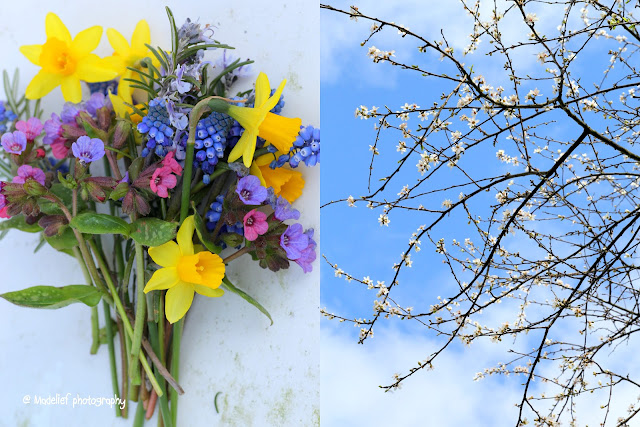 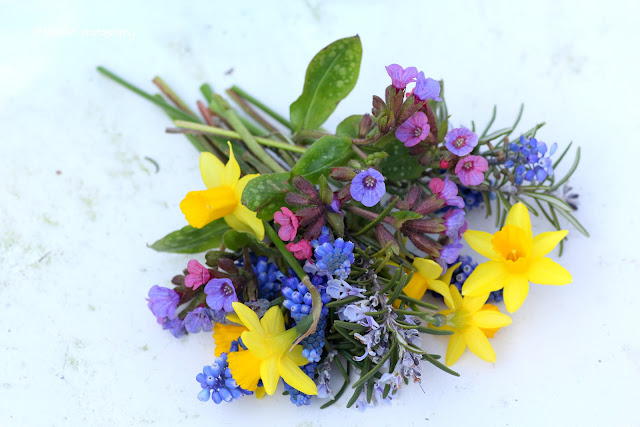 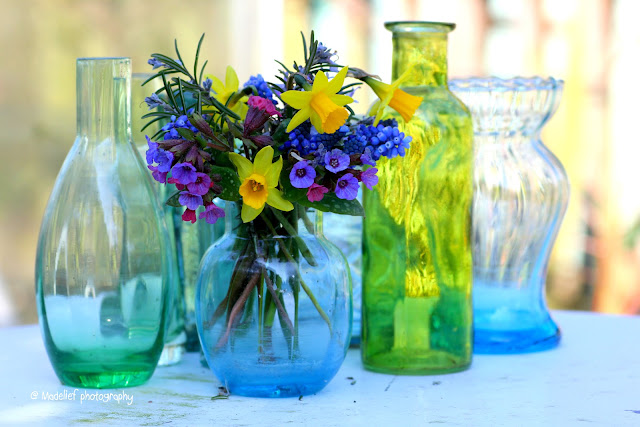 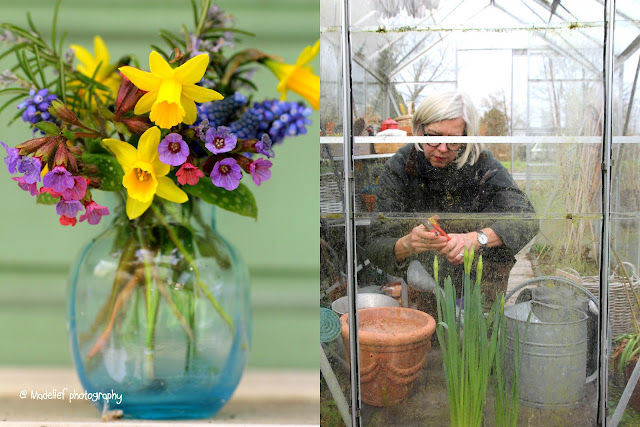 I wander'd lonely as a cloud
That floats on high o'er vales and hills,
When all at once I saw a crowd,
A host of golden daffodils,
Beside the lake, beneath the trees
Fluttering and dancing in the breeze.

Continuous as the stars that shine
And twinkle on the milky way,
They stretch'd in never-ending line
Along the margin of a bay:
Ten thousand saw I at a glance
Tossing their heads in sprightly dance.

The waves beside them danced, but they
Out-did the sparkling waves in glee: -
A poet could not but be gay
In such a jocund company!
I gazed - and gazed - but little thought
What wealth the show to me had brought.

For oft, when on my couch I lie
In vacant or in pensive mood,
They flash upon that inward eye
Which is the bliss of solitude;
And then my heart with pleasure fills
And dances with the daffodils. 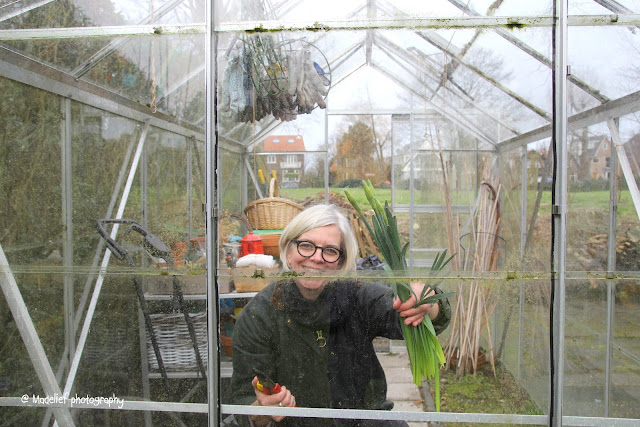 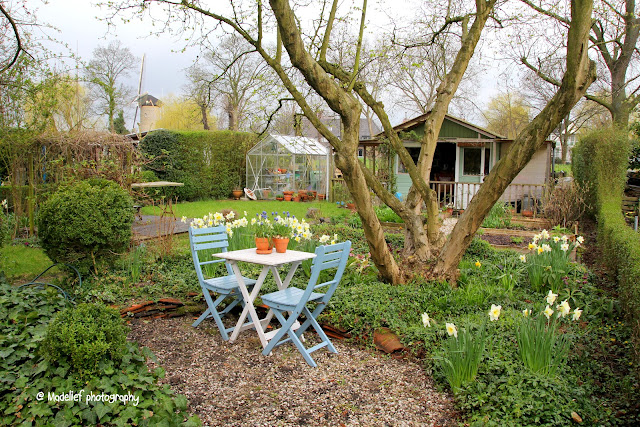