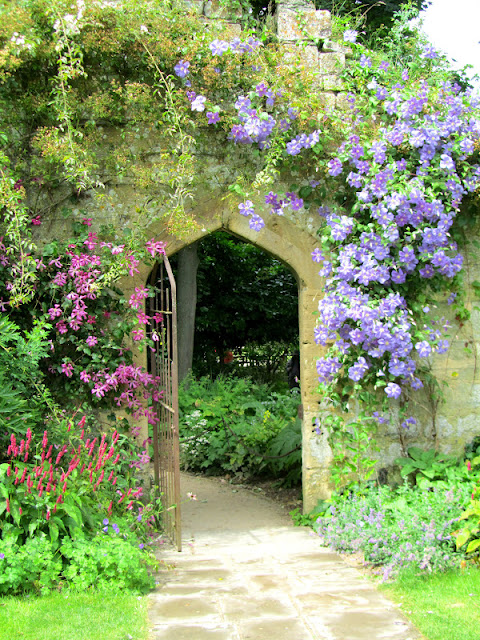 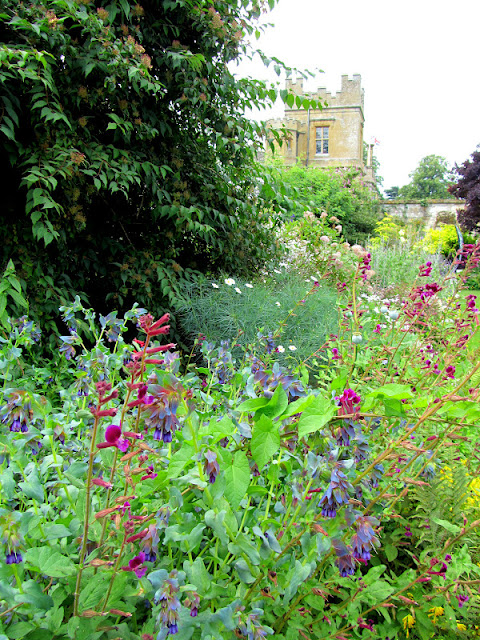 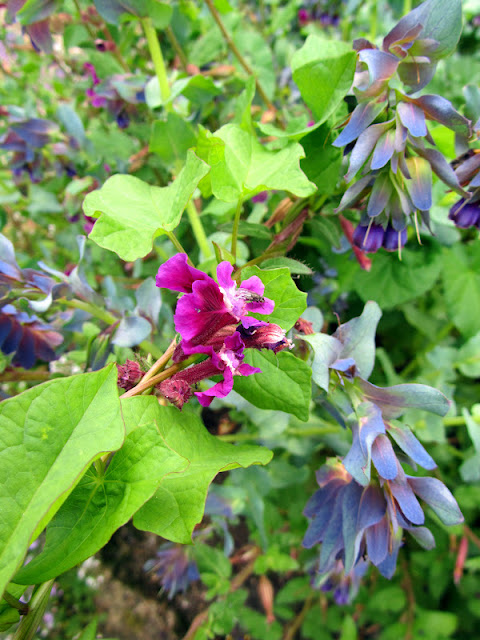 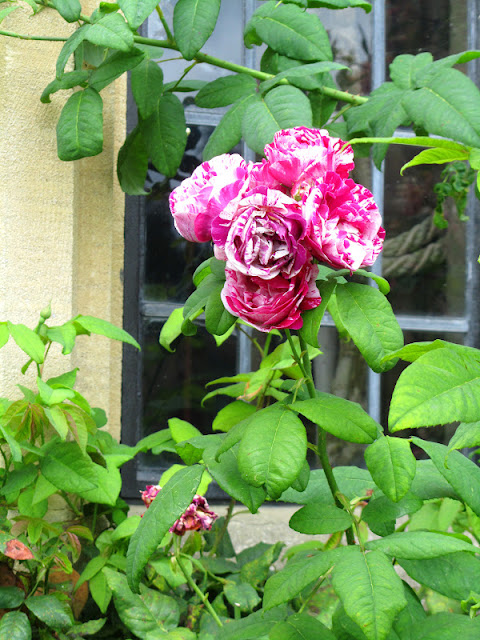 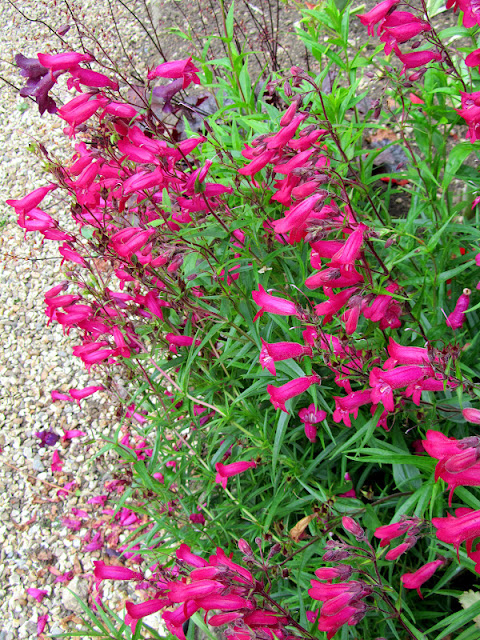 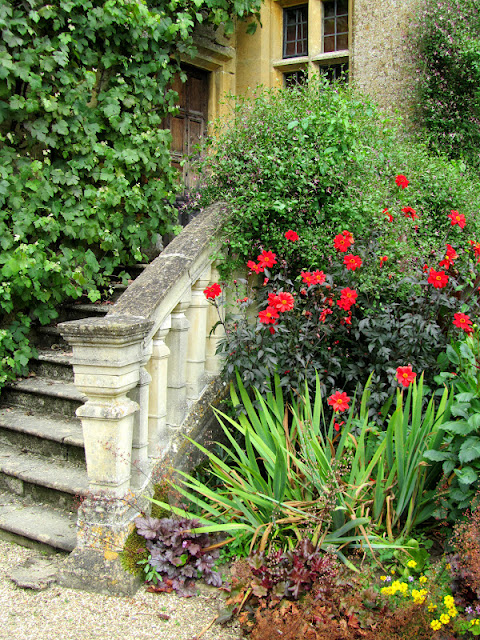 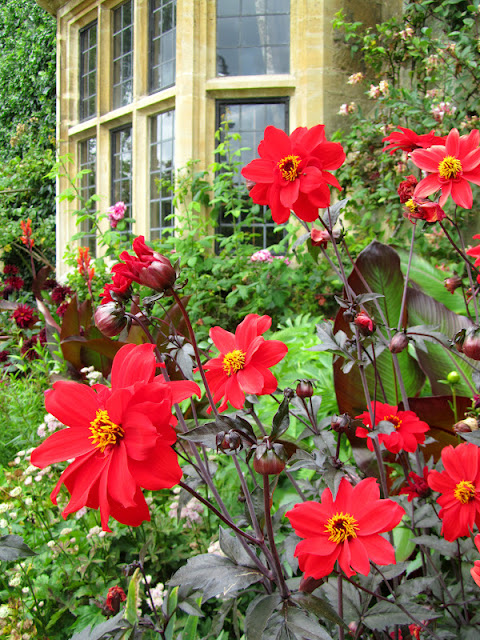 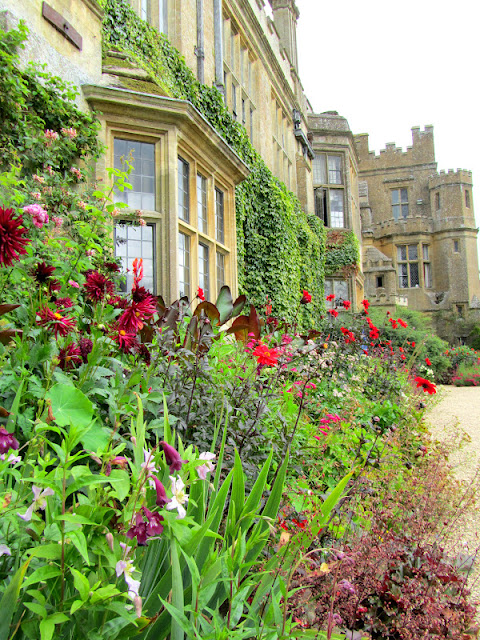 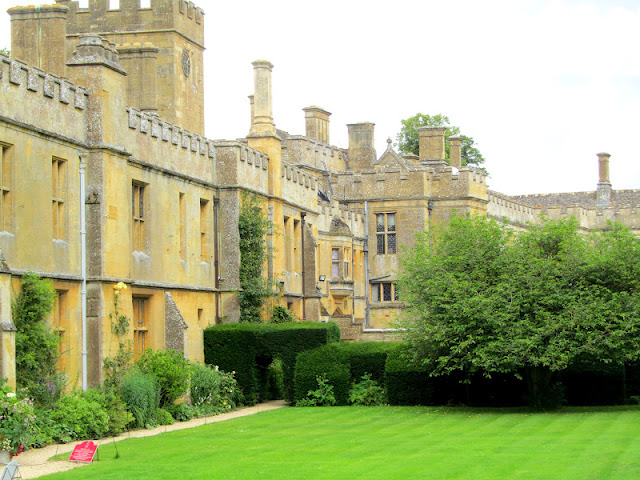 When you walk through the gate into the garden of Sudeley castle, it's like stepping back into time. When you have a lively imagination it's not difficult to see Katherine Parr, the sixth and last (surviving) wife of King Henry the VIII, walk around the garden. She lived in the castle in the sixteenth century and is buried in the chapel. This year the castle celebrates her 500th anniversary with an exhibition and several other events.

Sudeley castle is a romantic looking castle, with its turrets and roses climbing against the walls. The present building dates back to the 15th century and is still lived in. The garden surrounding the castle covers about 14 acres and was given the prestigious Garden of the year award by HHA/Christie's in 1996. It consists of nine different parts. They all have a unique style and design. There is the white garden, the knot garden, the mulberry garden etc. There is even a secret garden, which is walled and has raised beds. I believe they must be full of tulips in springtime. We enjoyed walking through the gardens and marvelled at it's beauty.

The surrounding countryside is amazing, with roaming hills, wide stretches of grassland and sheep everywhere. It couldn't be more English. When we visited the sky was partly blue with big white fluffy clouds and now and then big grey ones, which brought rain. Despite occasional showers, we had a great time!

This weekend is bright and sunny in Holland. I think I will spend a great part of my time outdoors. What will you be doing?

Wish you all a good time! 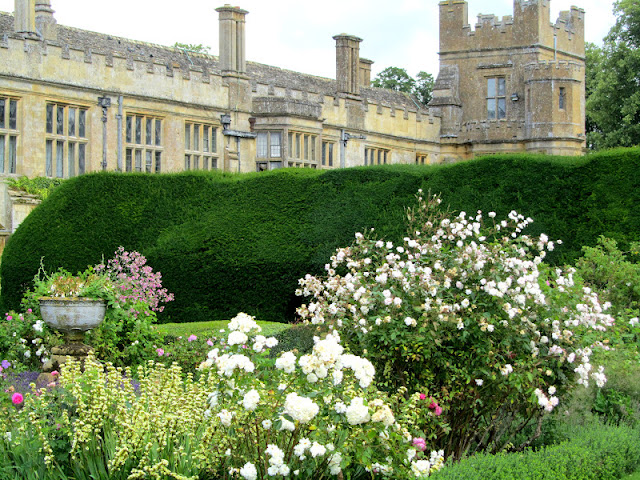 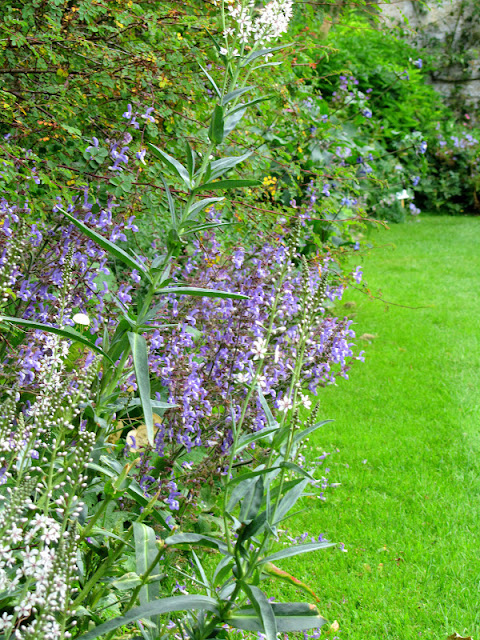 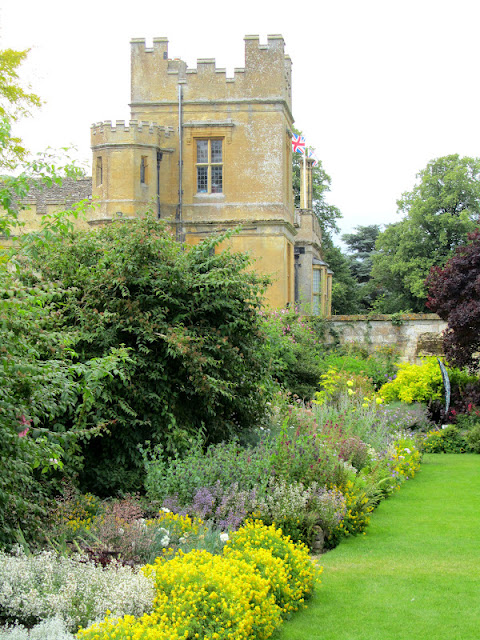 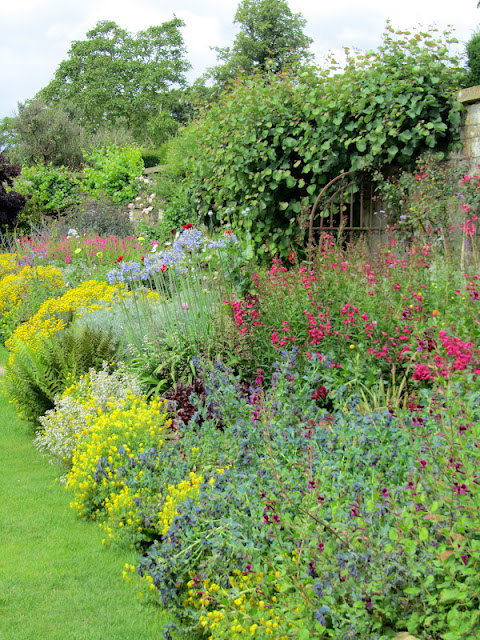 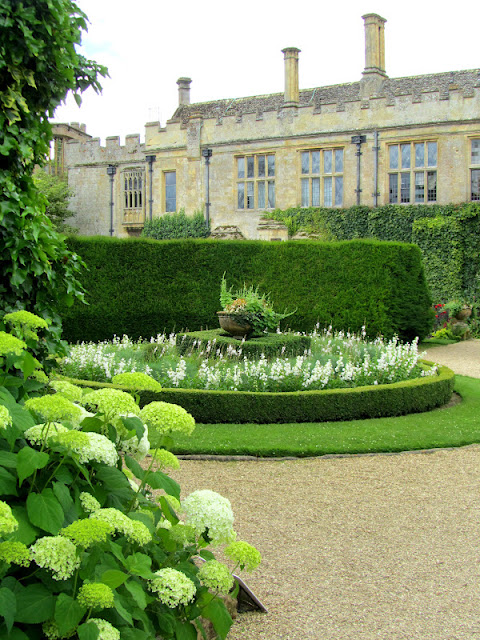 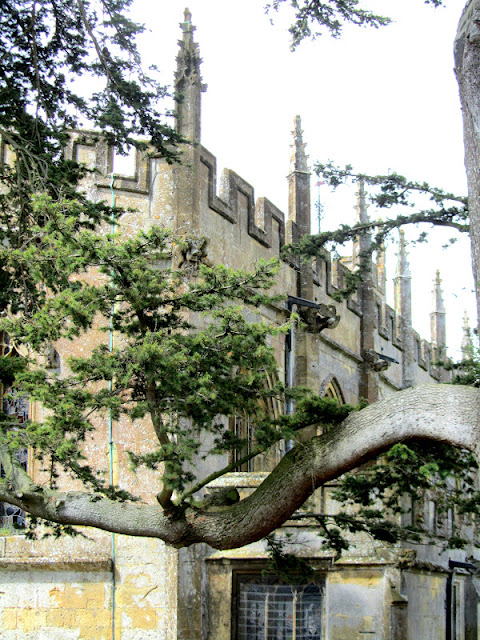 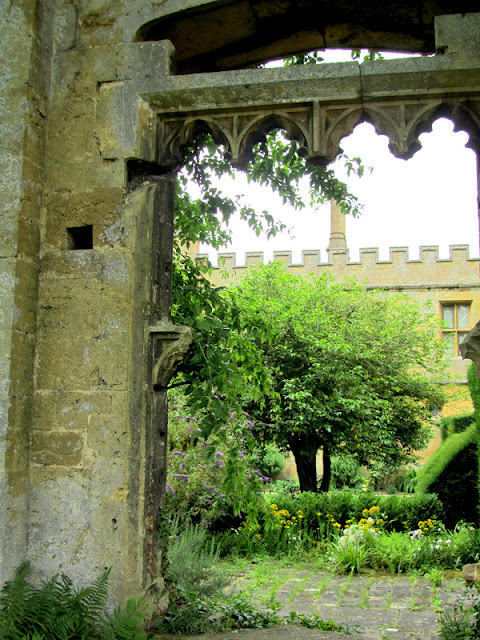 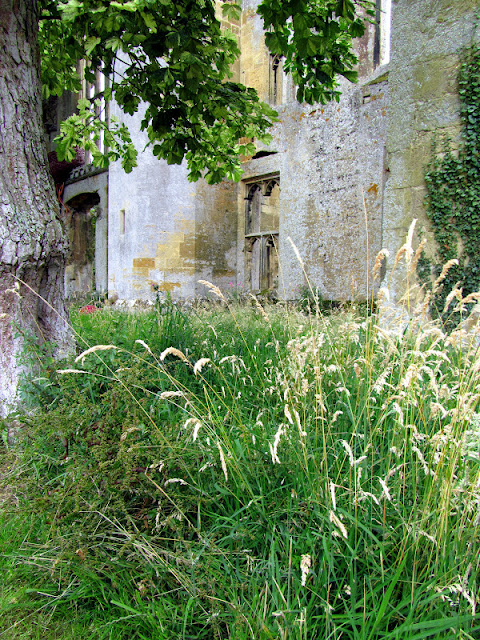 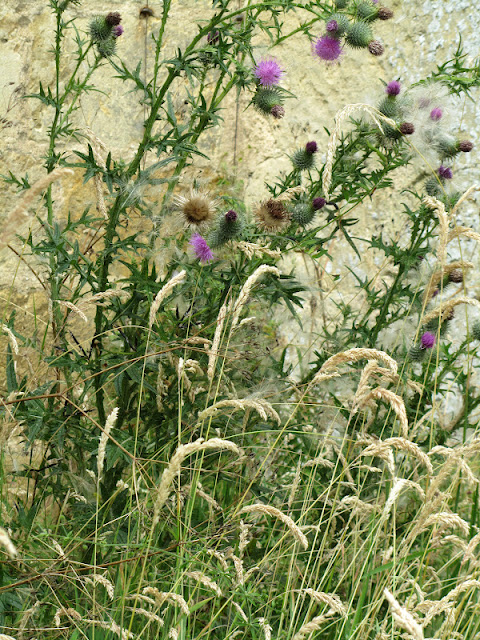 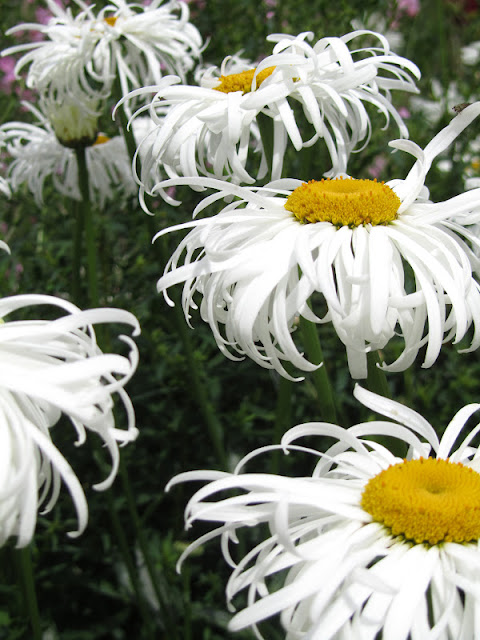 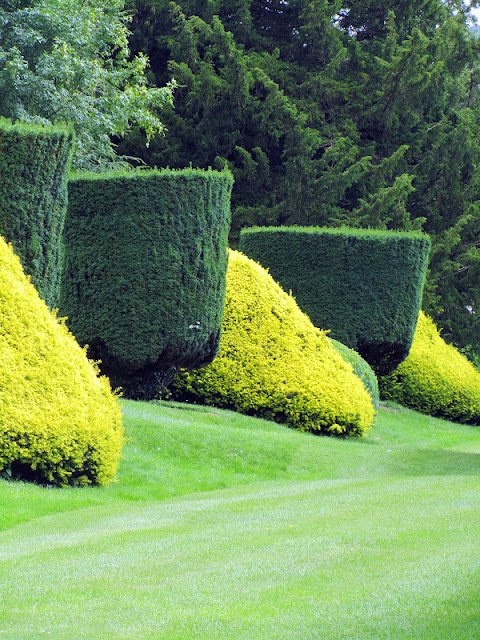 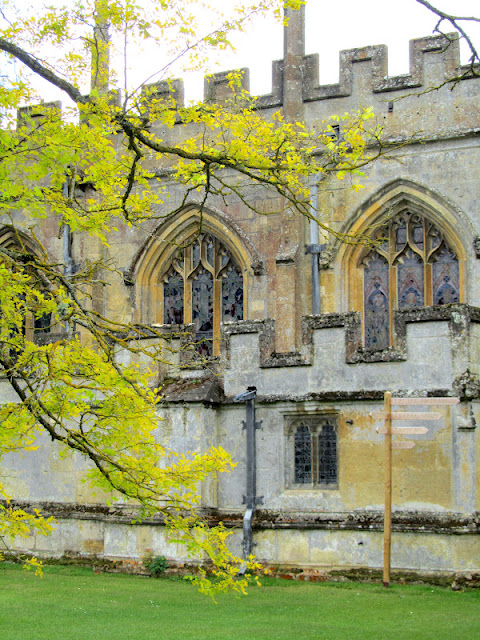 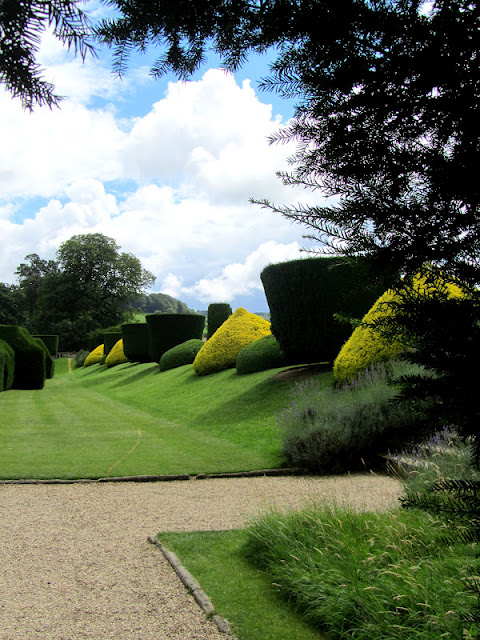 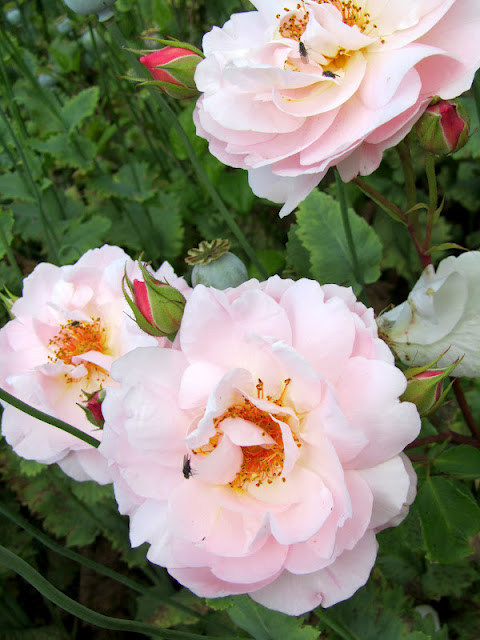 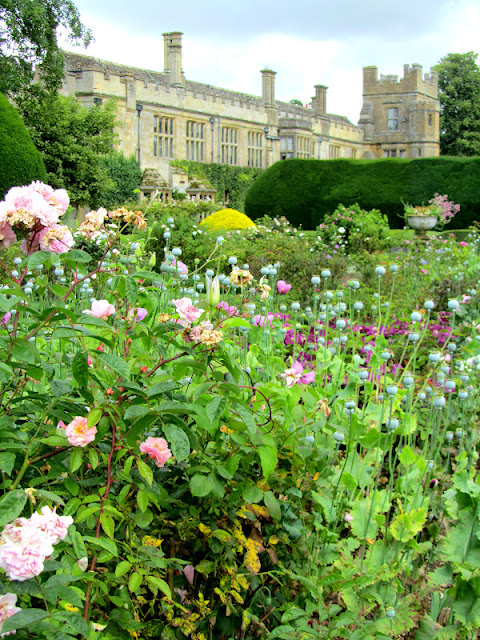