Picking flowers and the last tomatoes 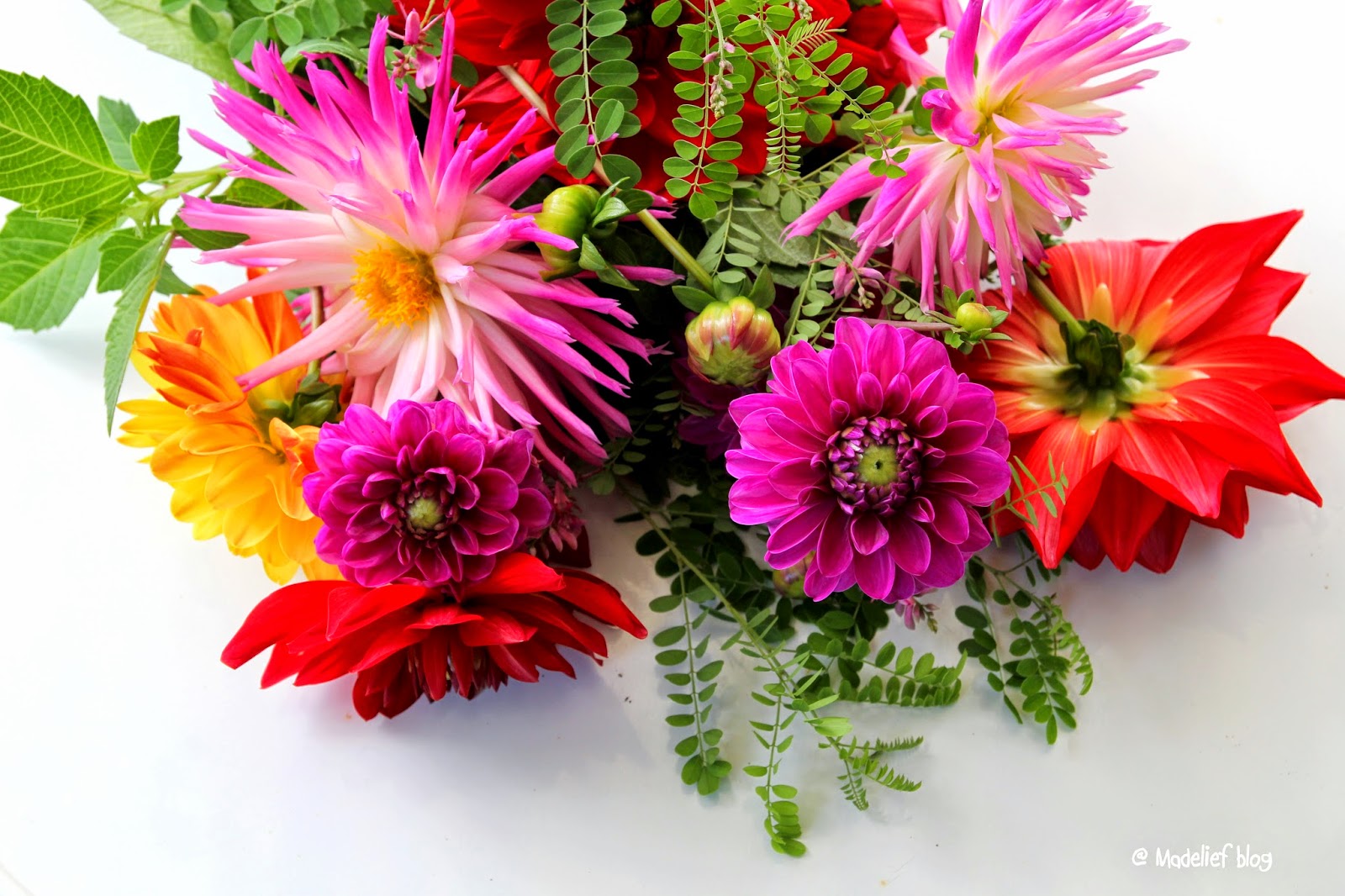 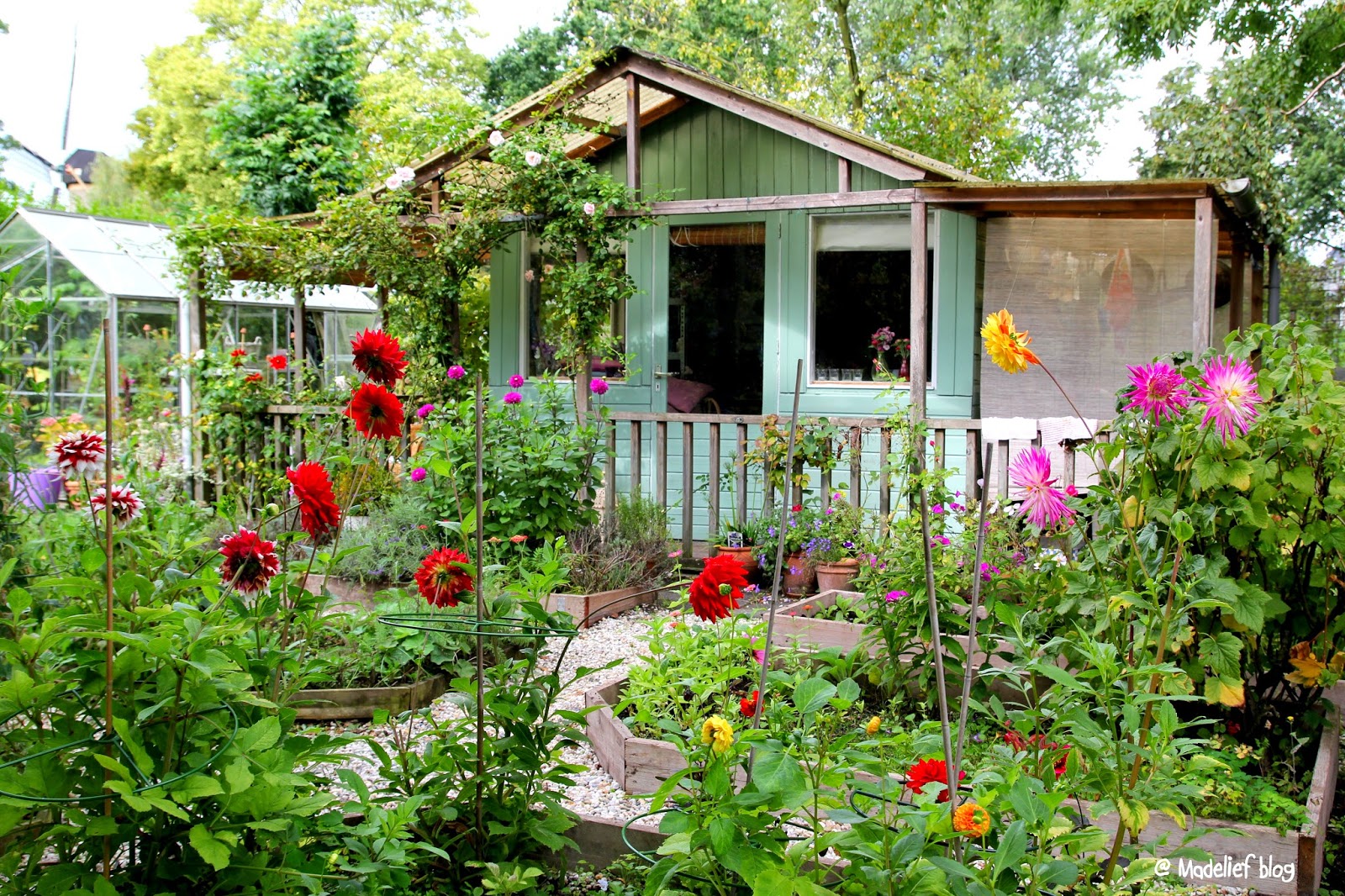 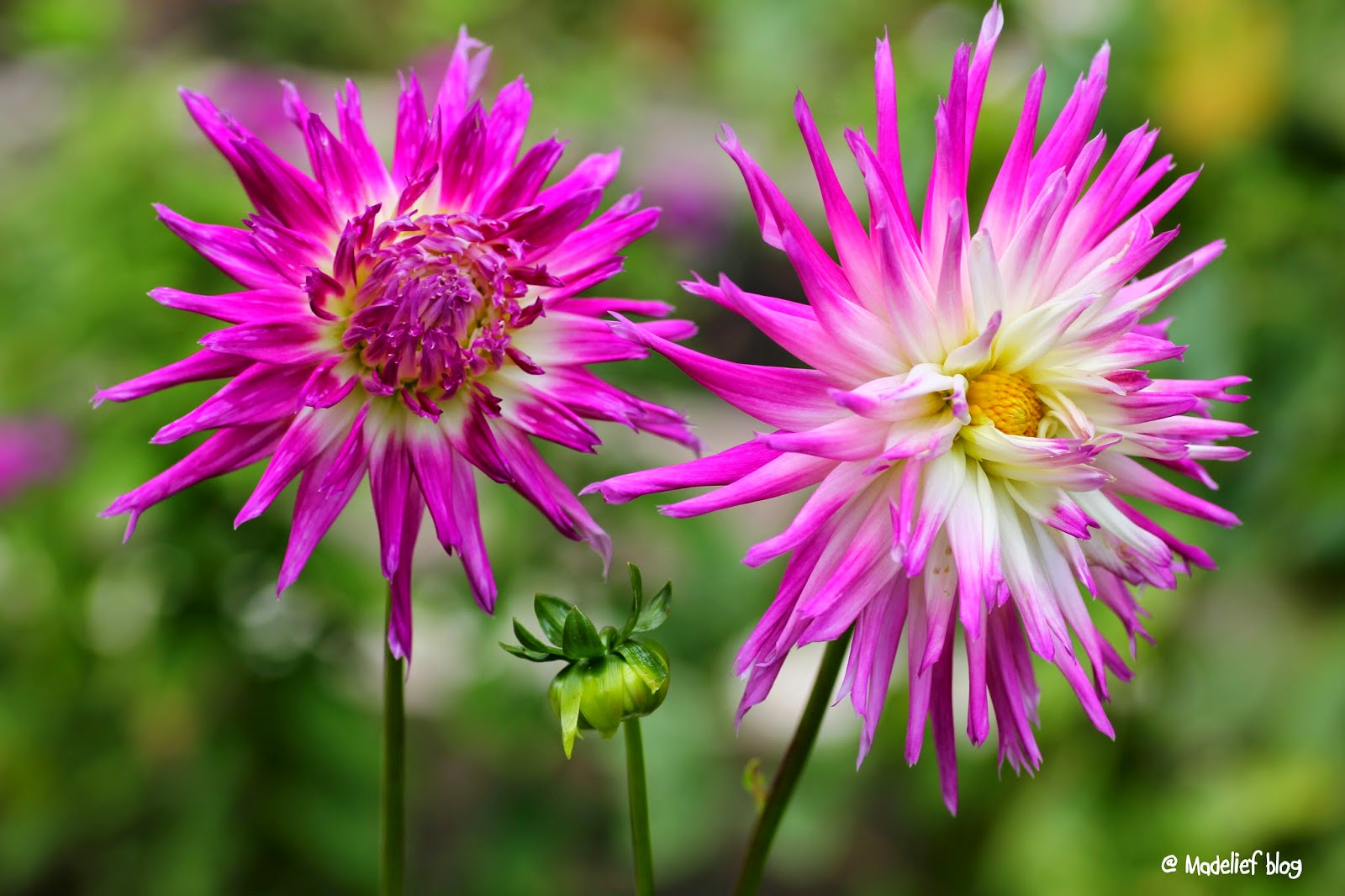 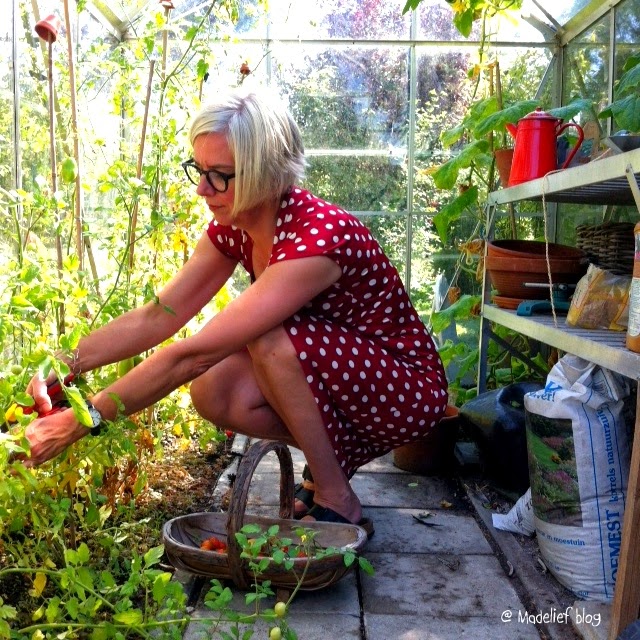 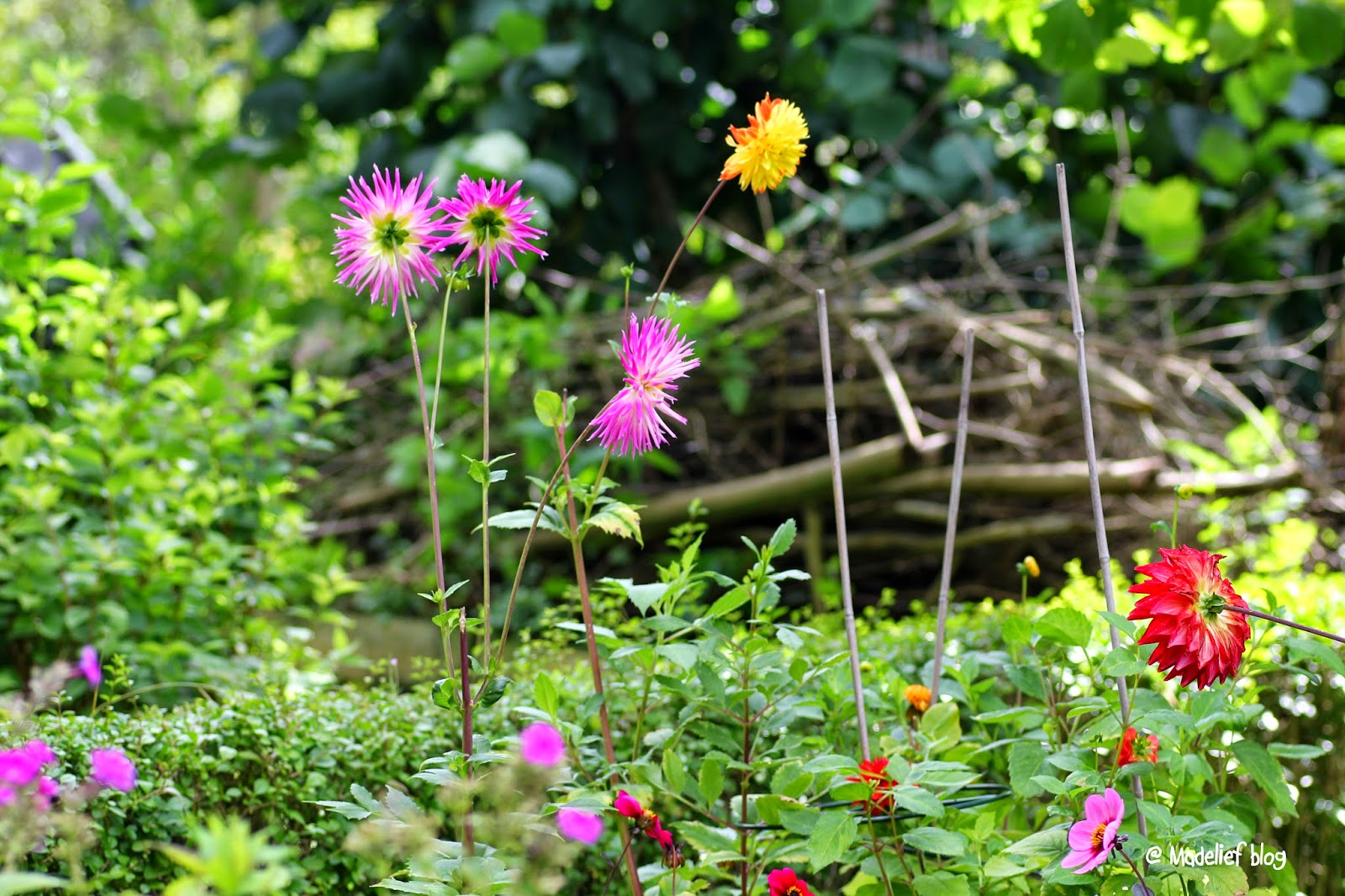 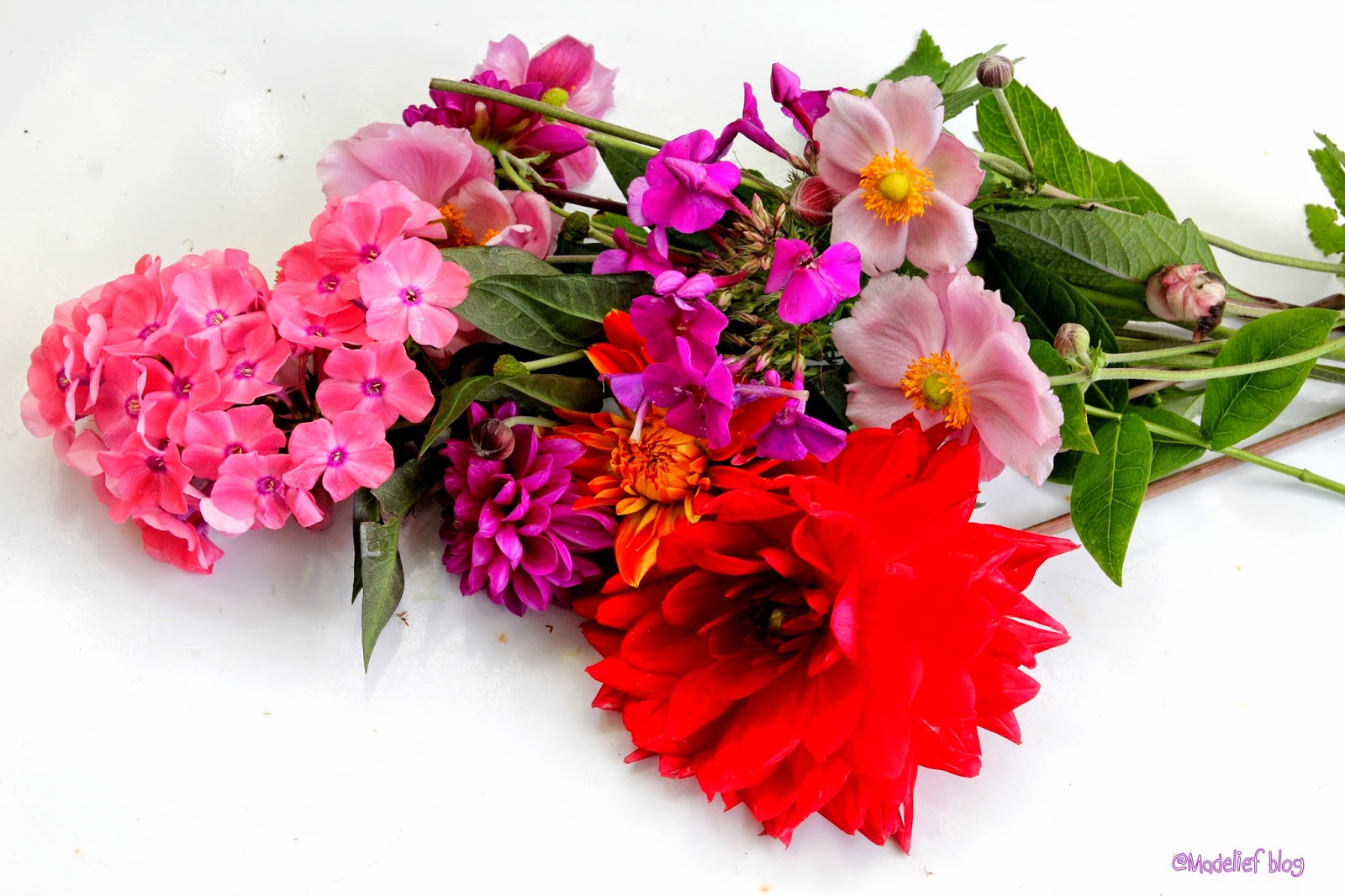 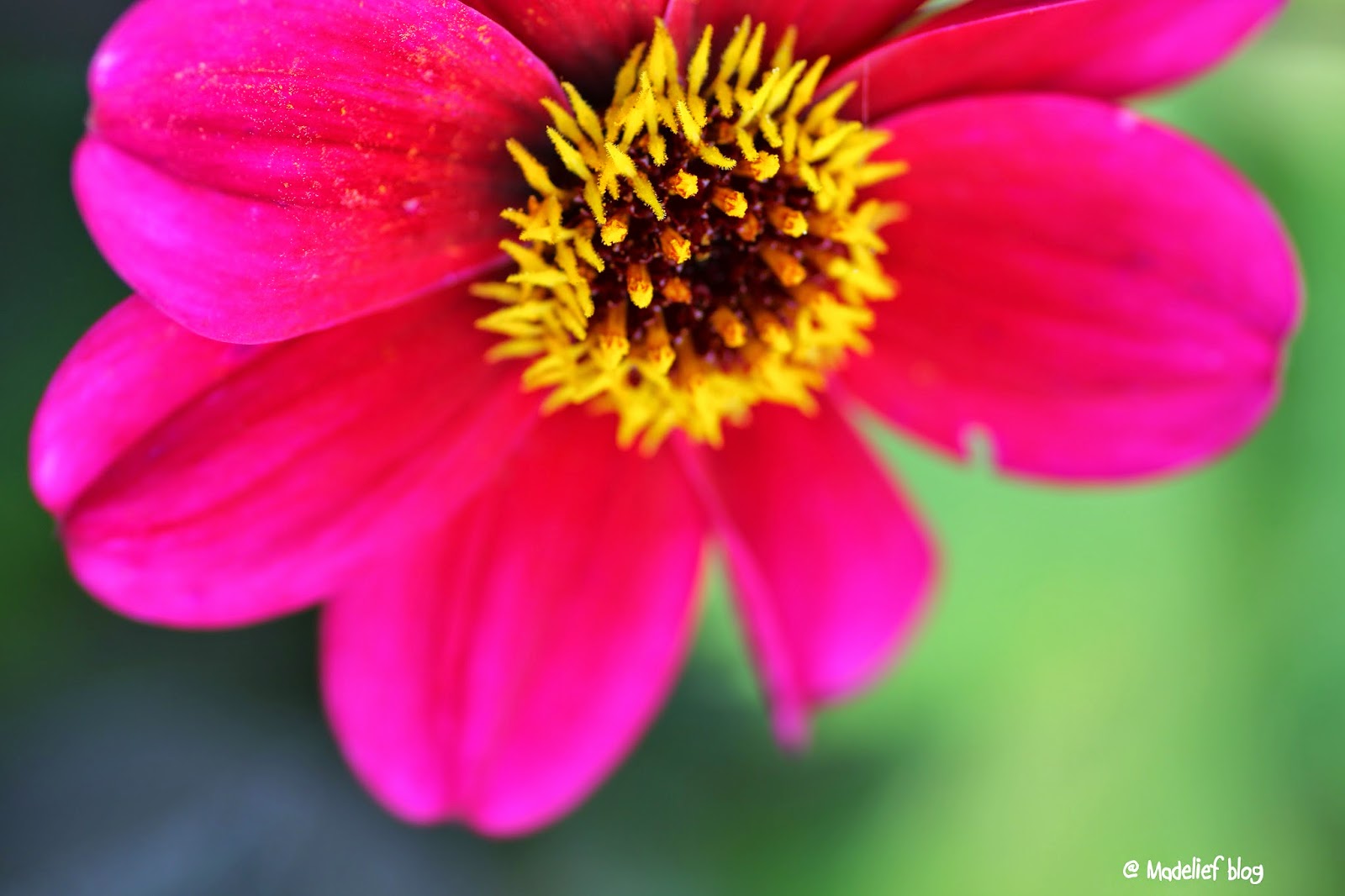 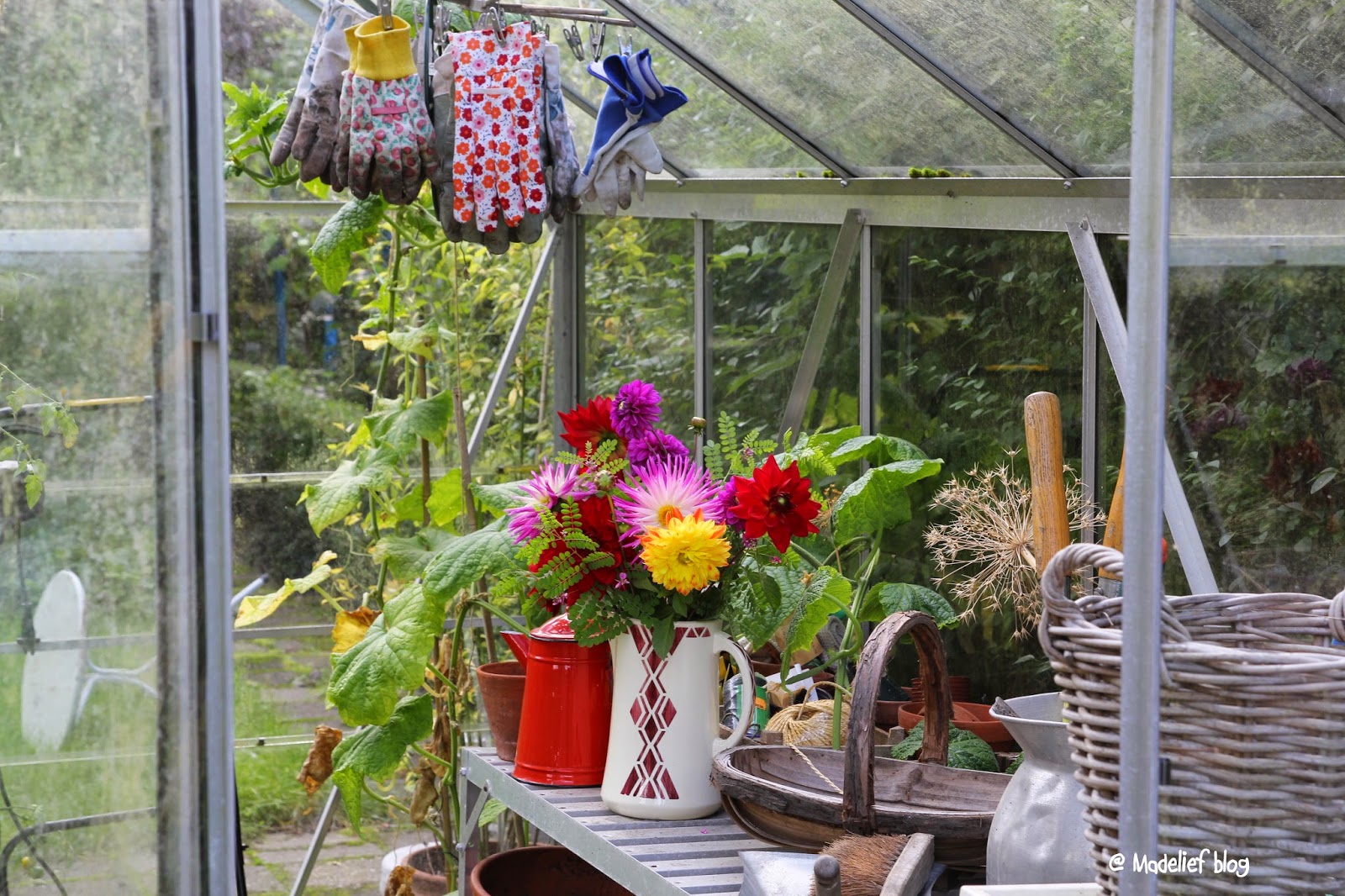 From early March I have been picking flowers. From my garden off course :-)  Starting with daffodils, muscari and tulips, then roses, lavender, sweet peas and many more. Now it's time for the dahlia to be picked and taken home.

It was a surprise which colours the dahlia's would have. I added mixed tubbers in spring, not knowing which colours would appear. I was pleasantly surprised! I am not that much of a yellow and orange fan, but the flowers do brighten up a bouquet and make it a bit quirky.

I mixed the dahlia's with anemones, phlox and white echinacea and added some fern like leaves.  I do love those colourful bouquets!

This post will probably be one of the last of my garden. I will try to stretch it a bit! :-) You never know, the garden may still give me a surprise or two.

At the moment there is not much left in bloom. After a long wait the first Zinnia's appear. Hurray to that! Unfortunately my first seedlings were eaten by the slugs. I seeded a few more at the end of June, but it took them a while to pop up. I don't have that many, but better have four or five Zinnia's than none at all :-)

While I write this post, the sun is pouring in through my window. A perfect day for spending outdoors! Wishing you all a Happy new week!

I apologosie for the quality of the square photo of me picking the last tomatoes in the greenhouse, but it was made with my mobile. If you like, you can find more photo's on Instagram (see sidebar). 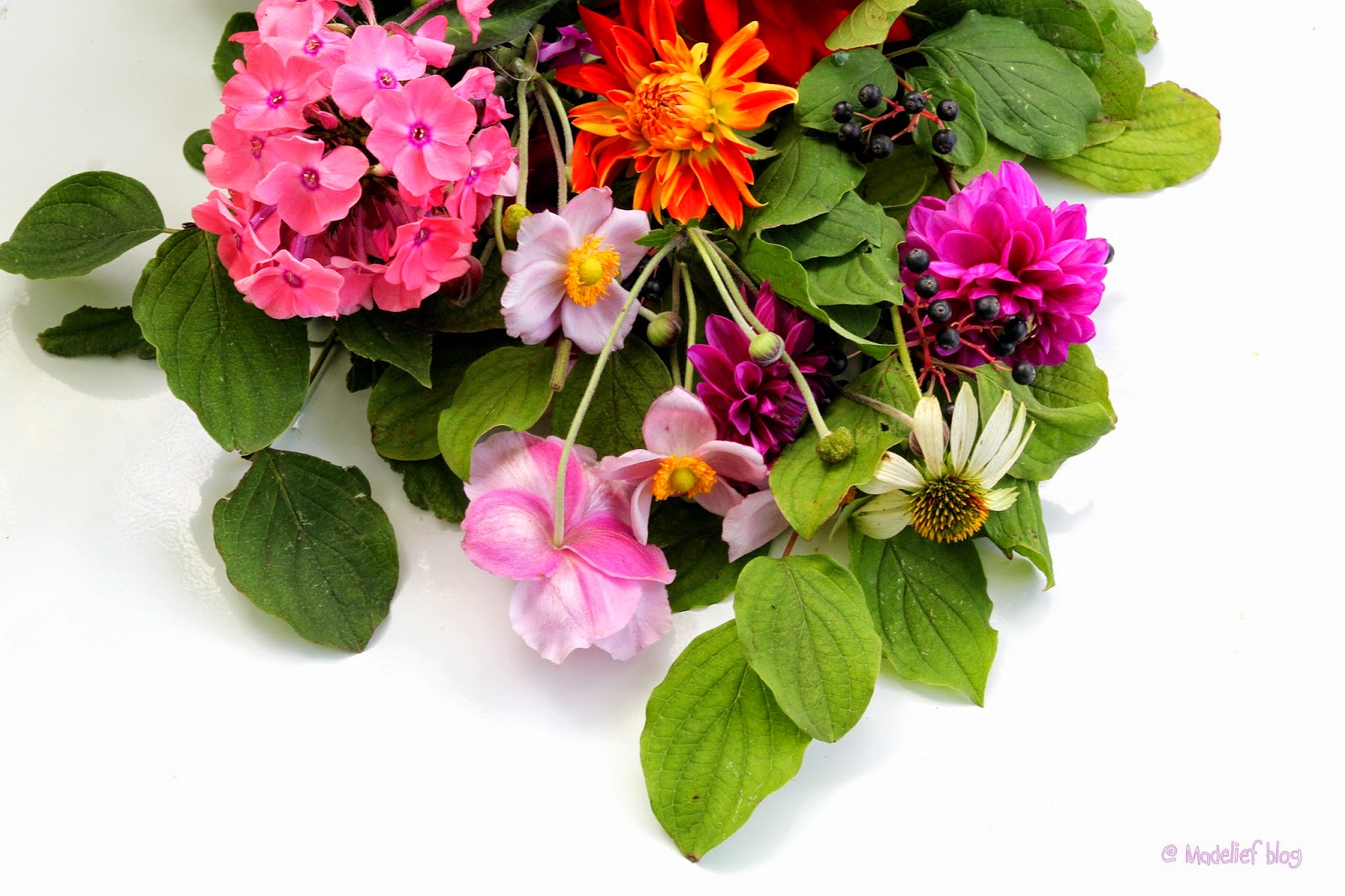 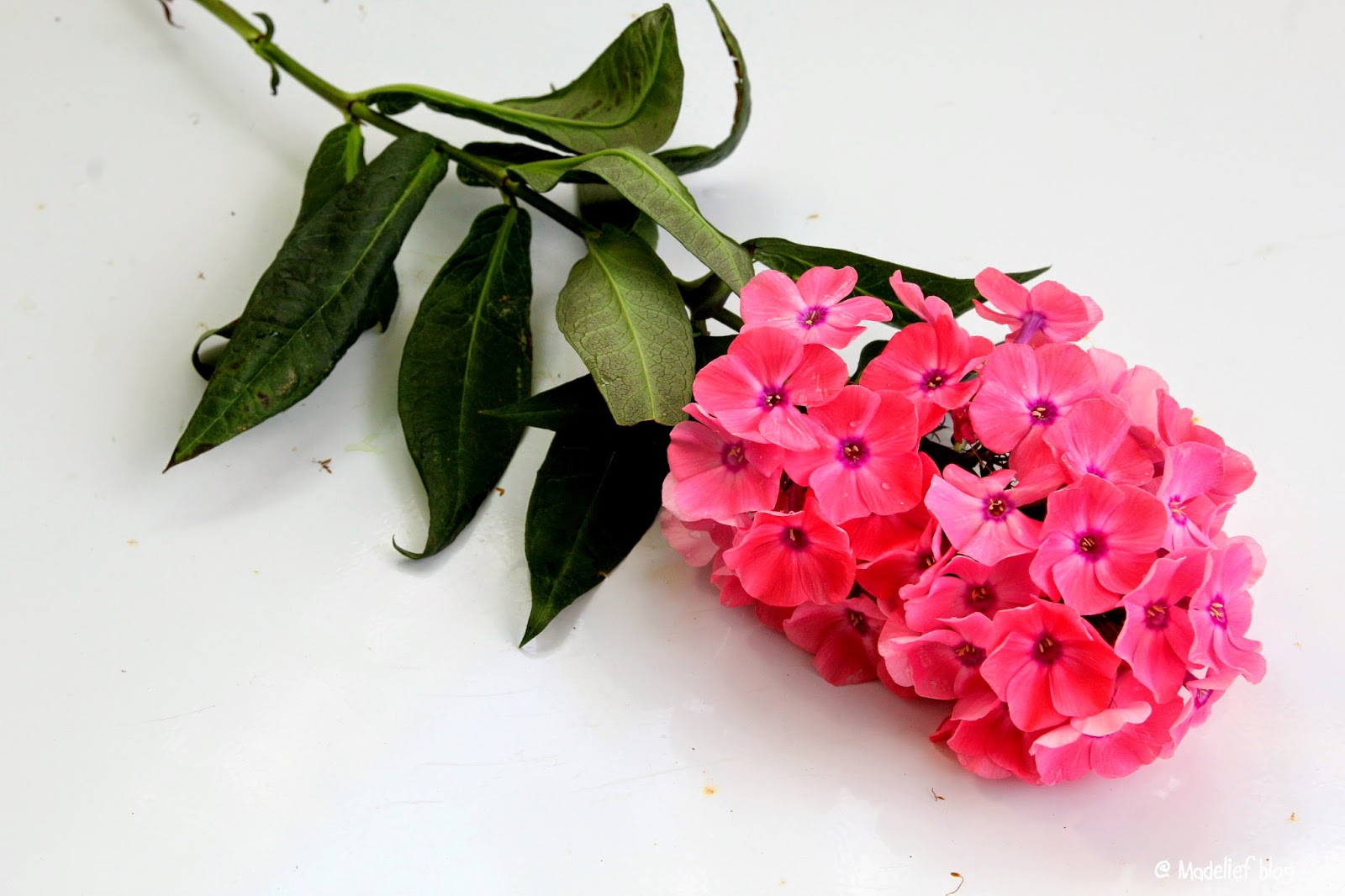 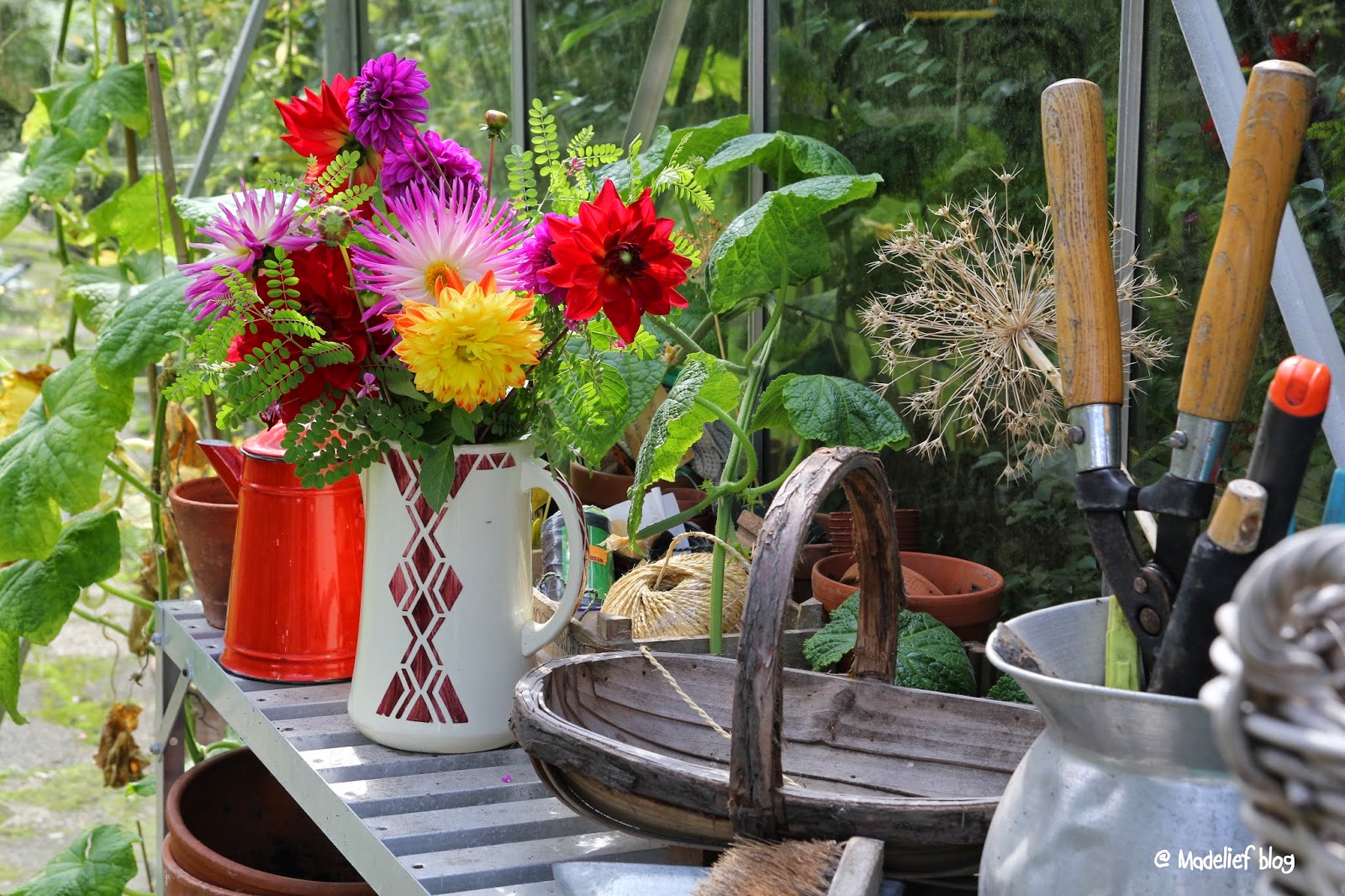 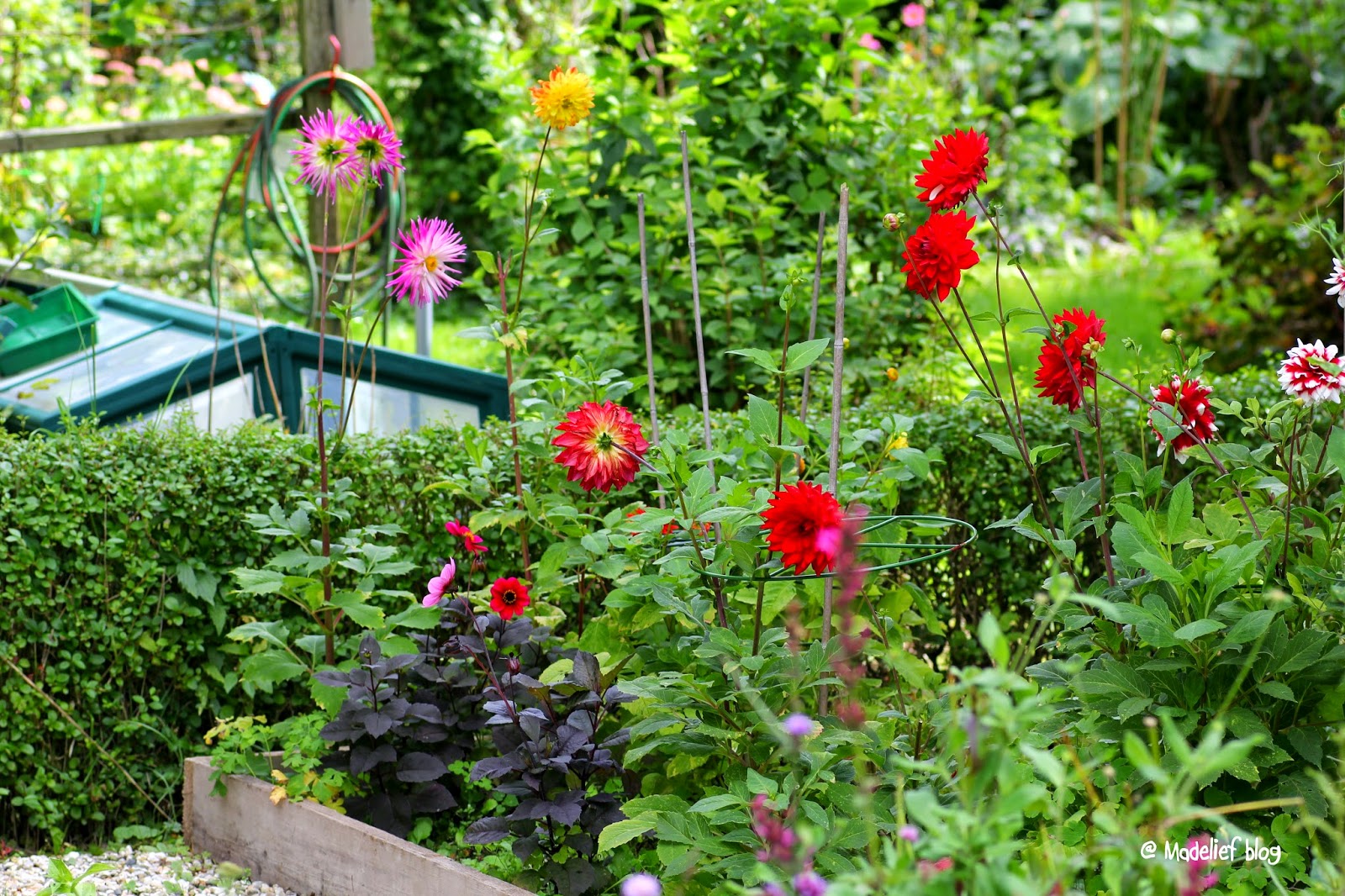 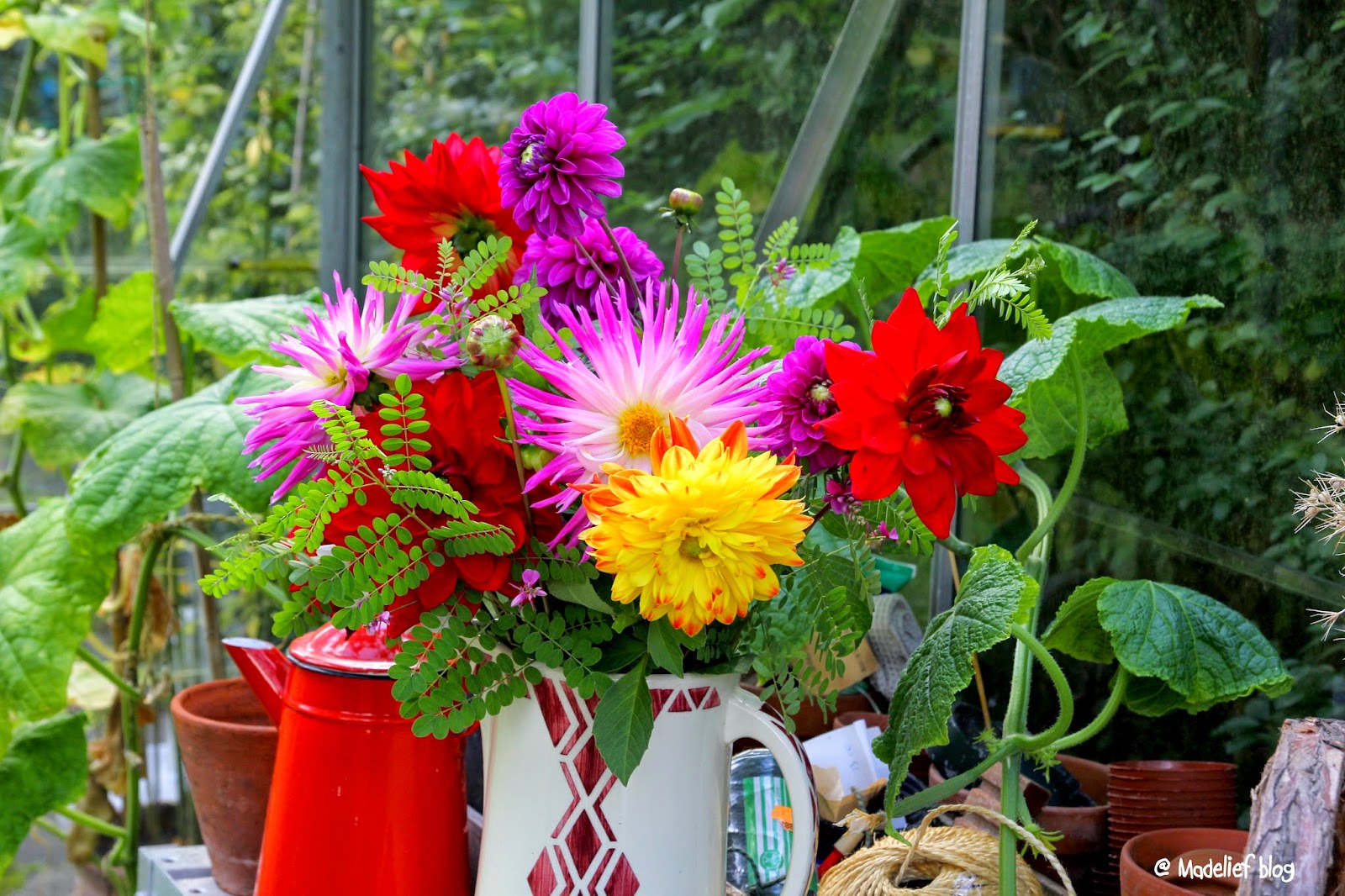 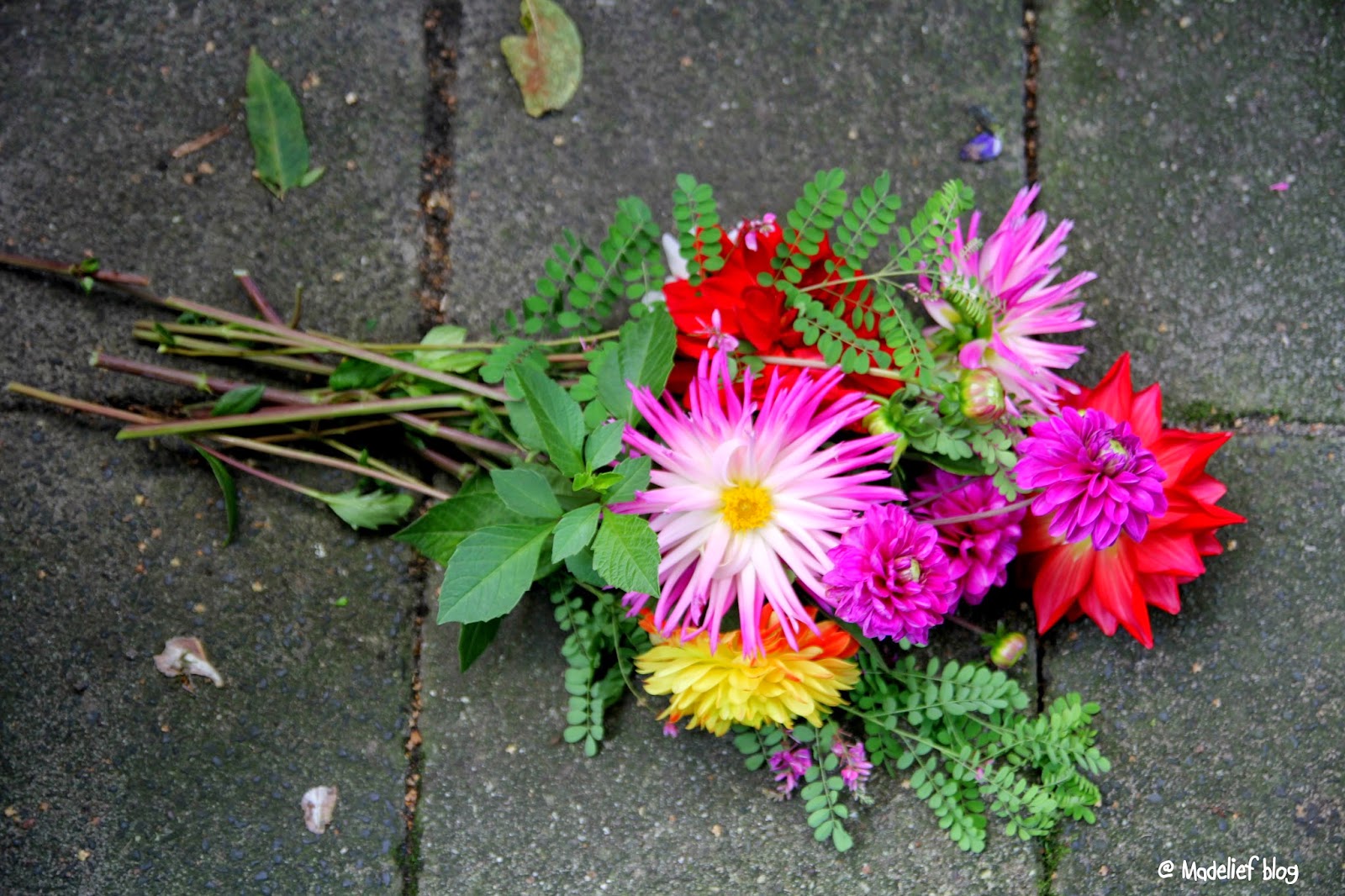 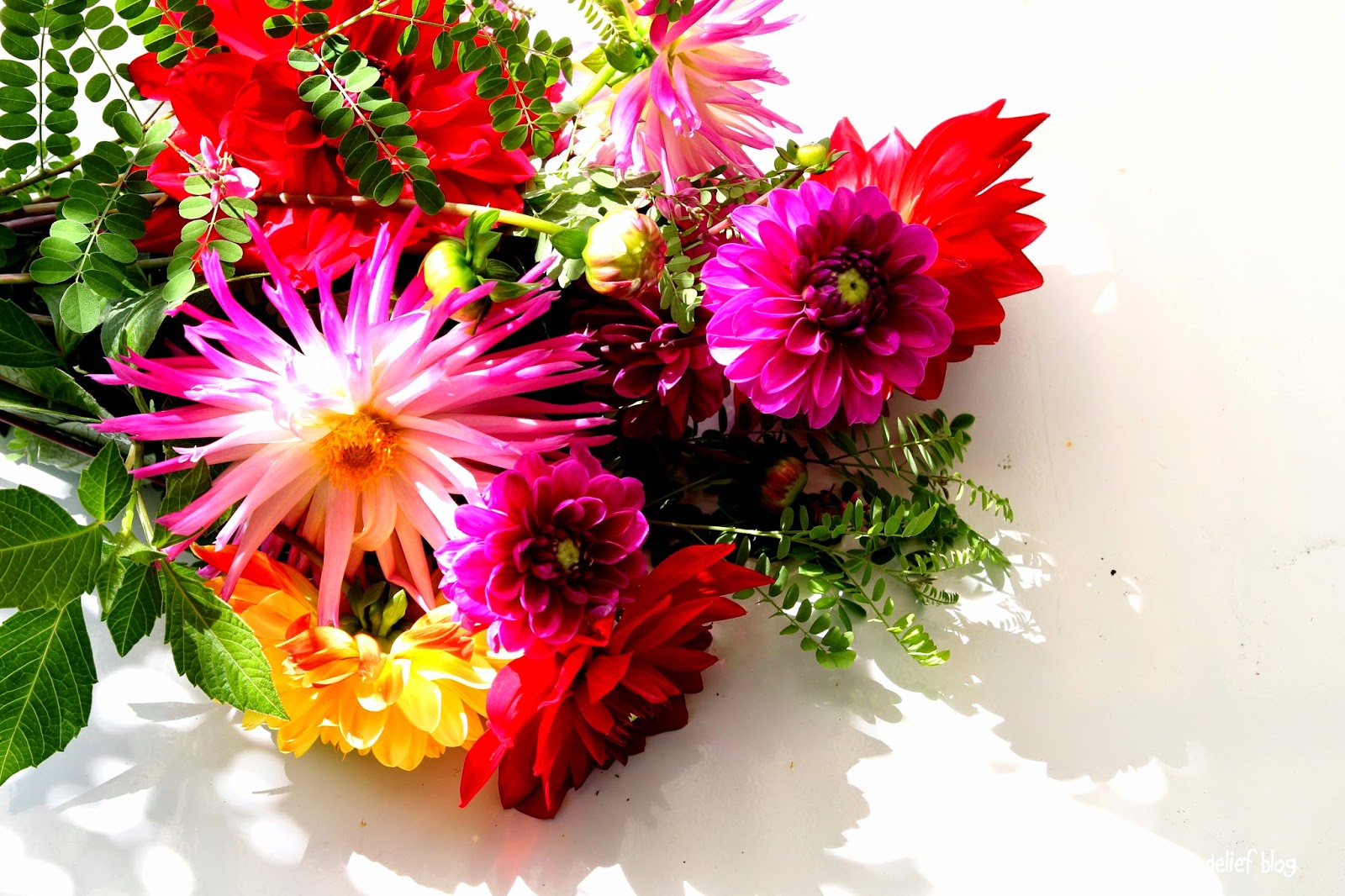