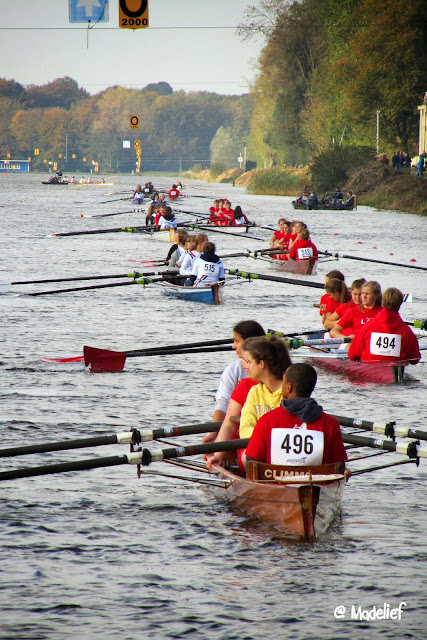 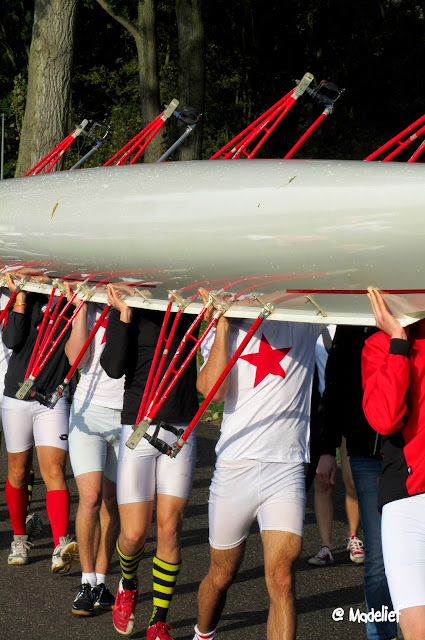 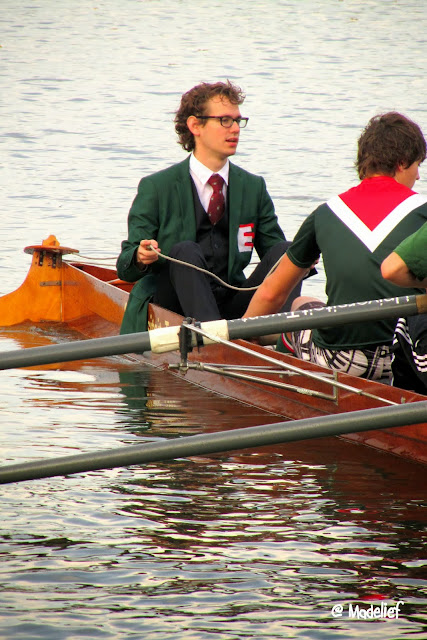 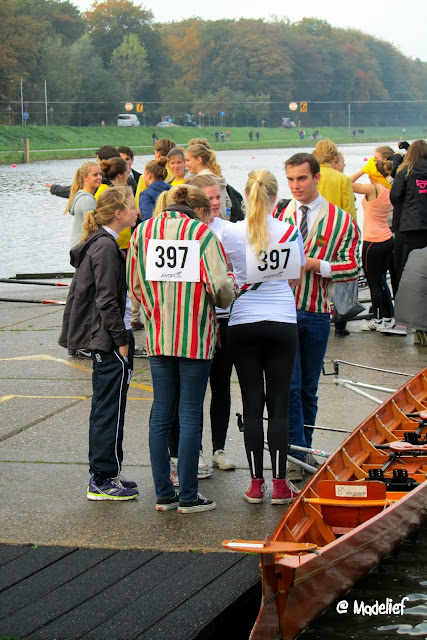 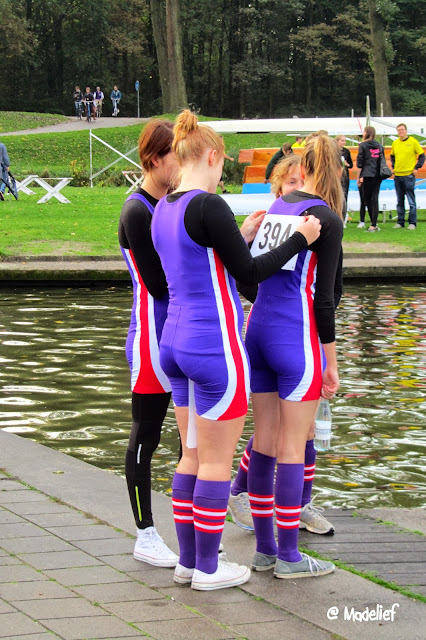 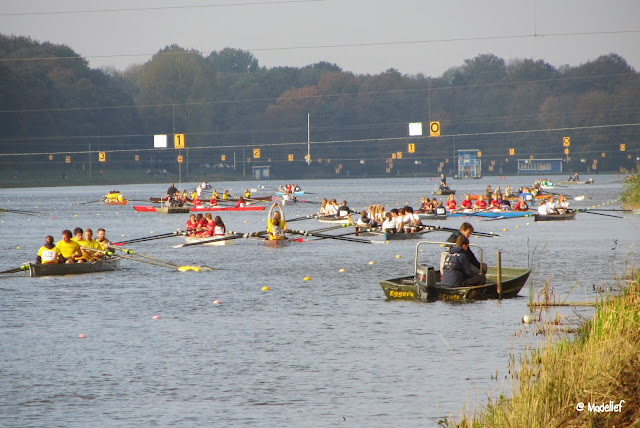 My youngest daughter Annebelle and I were at the Bosbaan today, near Amsterdam, where she had a university boat race. Rowing teams from all over The Netherlands were present. The weather was perfect, with only a light breeze and lots of sunlight.

It was difficult being there at first, for both my daughter and I, but the lively atmosphere brought back lots of good memories. More than twenty five years ago, my husband and I took part in the same rowing championship, in a men's coxed eight by SKADI  (Rotterdam). My husband being the stroke oarsman and I the (slightly too tall) cox. Standing there beside the lake, I could still remember the power and the synchronicity of the boat and its men. The feeling was simply fantastic!

My daughter Annebelle was one of the crew (first one bow) of a coxed four by ASOPOS (Leiden) and took part in the 500 metres. The girls were afraid they would finish last, but fortunately they ended somewhere in between. My husband would have been so proud!  I thought I would share some photo's with you.

Wishing you a Happy Sunday! 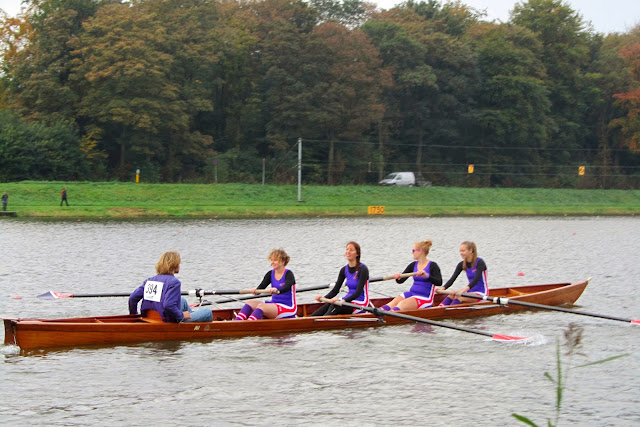 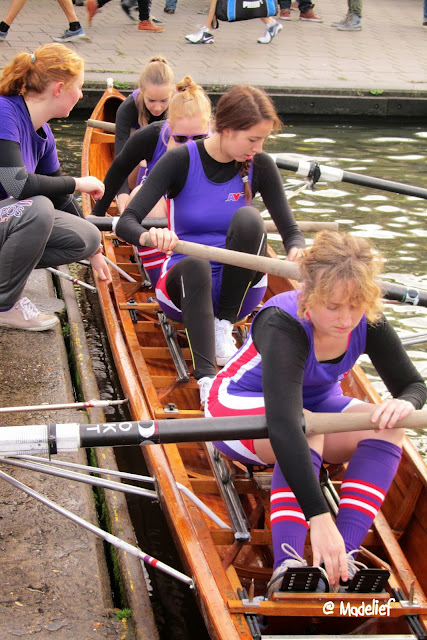 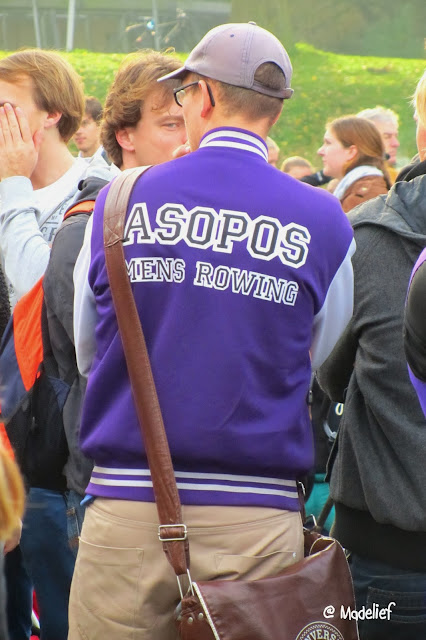 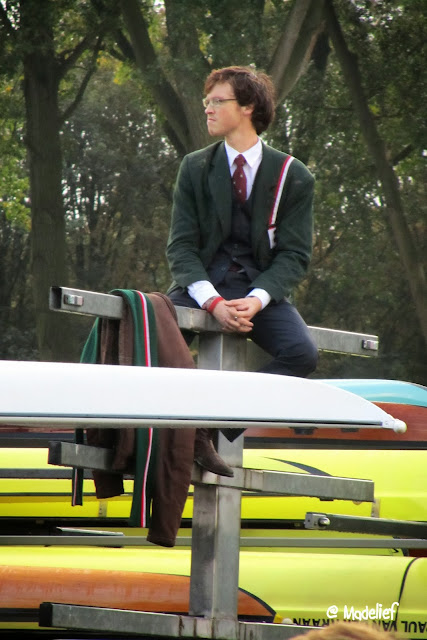 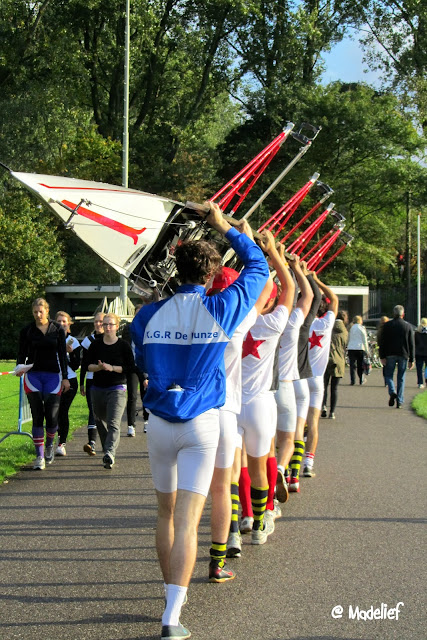