Season of mist and mellow fruitfulness 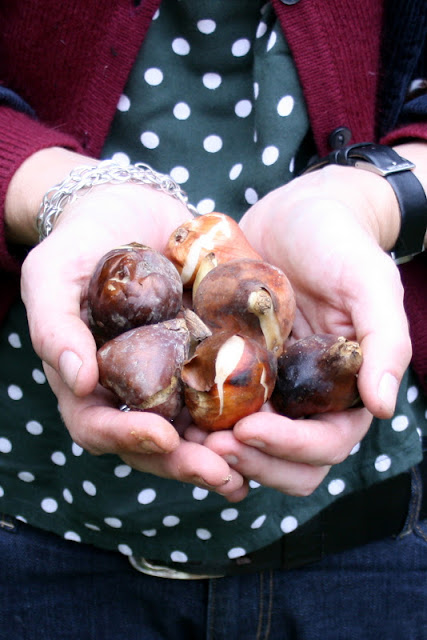 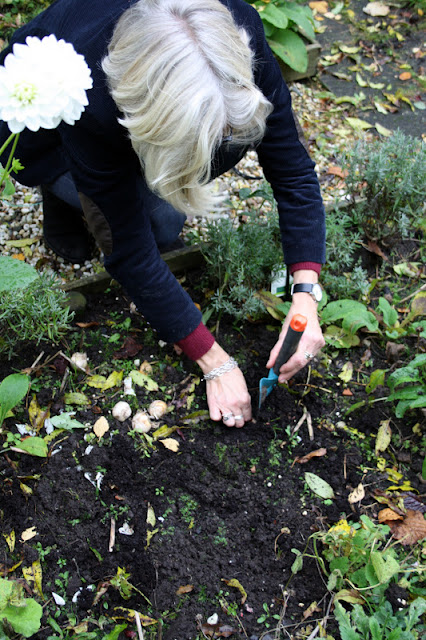 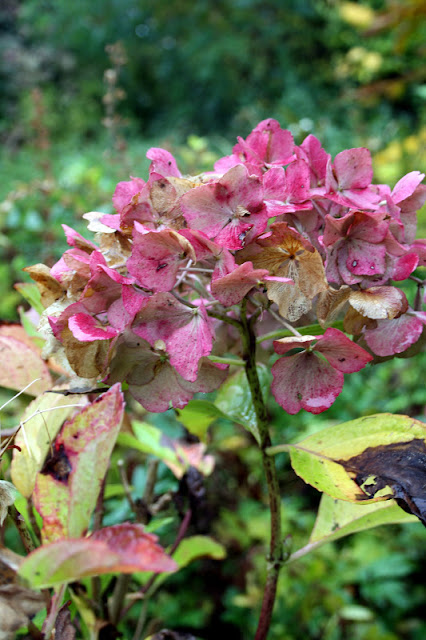 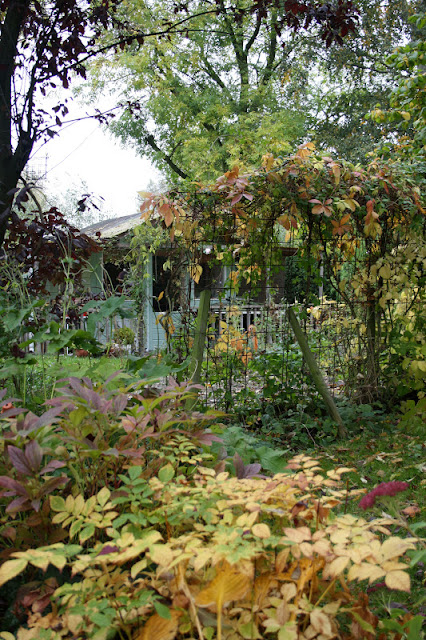 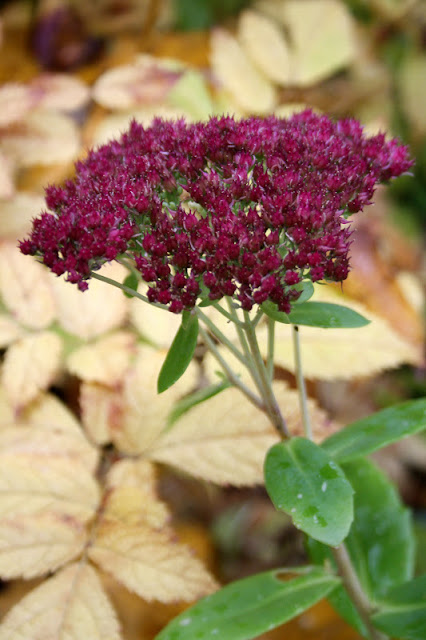 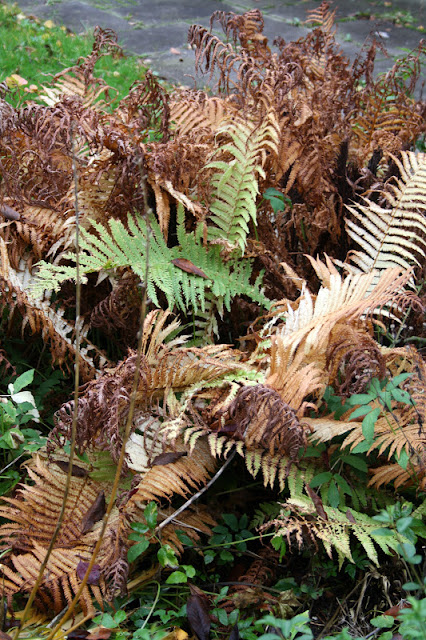 The words in my title were borrowed from the poem To Autumn by John Keats. In this poem Keats captures the essence of autumn. Have you seen the film 'Bright Star' by Jane Campion? It's about Keats's short life and love. If you haven't, you should. It's almost as poetic as Keats's poems. You will love it!

It's amazing to see how quickly nature changes. Two weeks ago my garden was still green. Only one week later part of the foliage has turned into shades of brown, red and golden.

When I entered the garden last Sunday, it all looked a bit hazy. It felt like walking through a thin layer of mist. The grass was soaking wet and covered with the first leaves of the Hazel tree.

The hosta's and ferns are slowly wilting away, but the Dahlia's, Cosmea, Rose The fairy and Rose Coral Dawn are still in bloom. The asters are flowering abundantly. We have not done a lot of work in the garden lately, so it was high time to put the spade into the ground and start digging.

The flowers beds were cleared, the greenhouse was emptied and the pink and purple tulip bulbs, which I bought more than a month ago, were finally put into the ground.

After some serious contemplation I decided to get rid of the gladioli bulbs which I planted last spring. They are just not my thing. Although I like a garden that looks a bit wild, gladioli are a bit too much for me. They have been all over the place, except upright :-)!

It was delicious being outside and forgetting everything around me, while taking in the colours and smell of autumn.

Have you done any work in the garden lately? 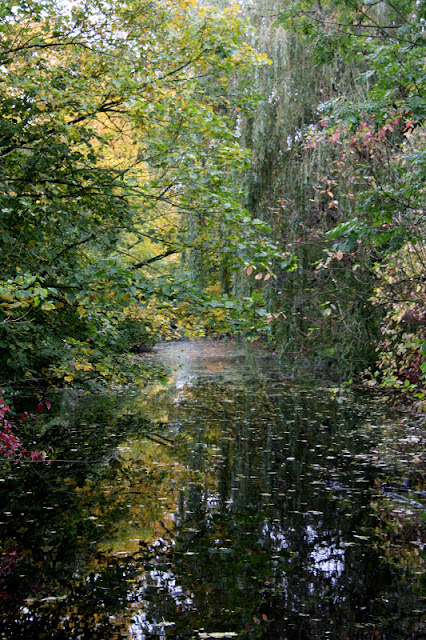 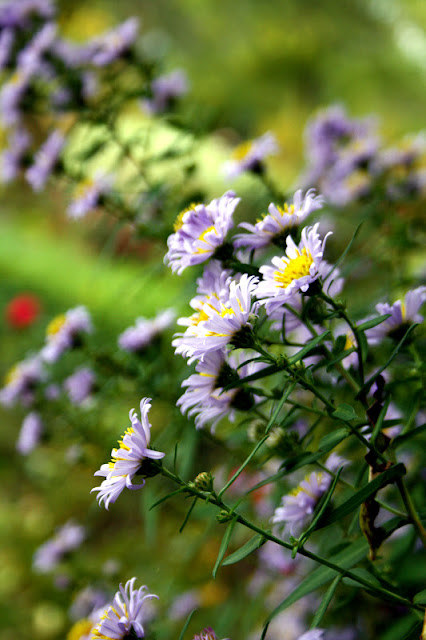 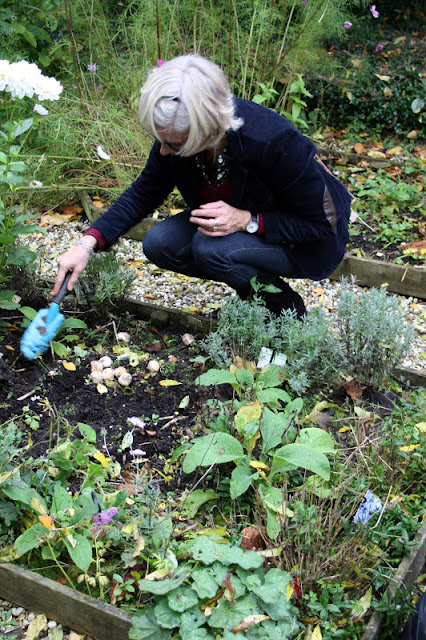 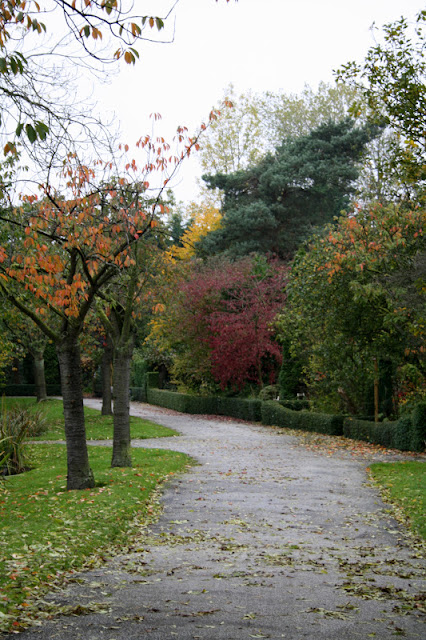 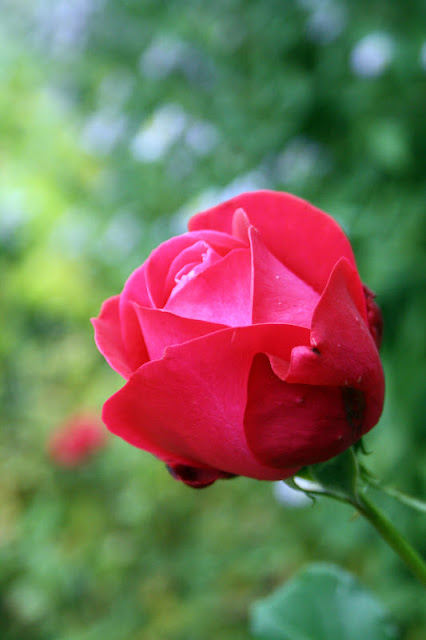 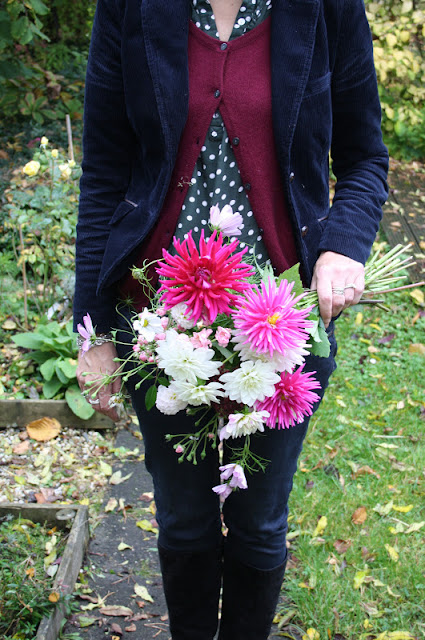 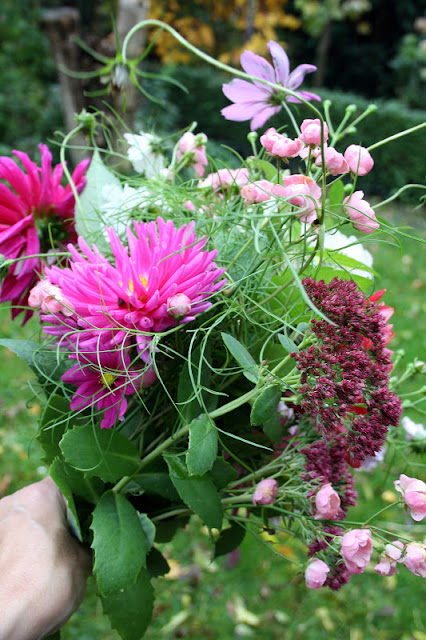