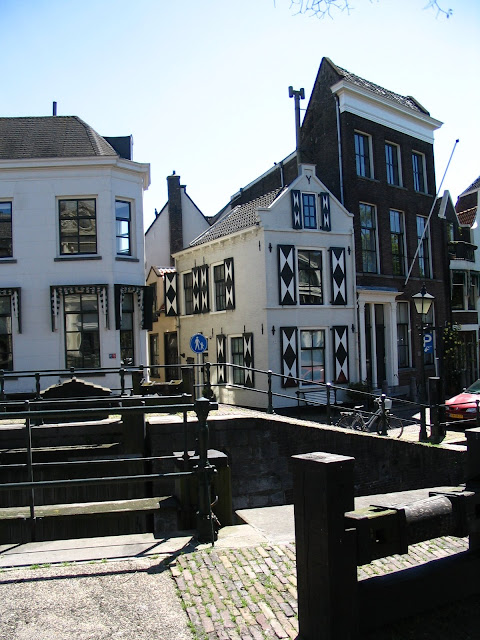 Ingrid from Home and Lifestyle asked me to take part in her blog game. The only thing I had to do was find the sixth photo I ever posted and tell something about it.

My sixth photo appeared to be of 'de Lange Haven' in Schiedam. The Lange Haven is a canal, which is situated in the centre of the old part of Schiedam. In lunch time I often take a walk there. It is such a beautiful and inspiring place; the old houses and boats, the mills, the trees along the canal. It gives so much energy walking there and sucking in the special atmosphere of a time long ago.  I don't know the history of the little white house on the photo. What I can tell is that it is situated nearby the old lock and the Porters guild house (het zakkendragershuis). The Porters guild house dates back to 1725. It has a clocktower. The clock was once used to let people in Schiedam know that a ship had arrived, that had to be unloaded. Don't really know who lived in the little white house, but I can imagine it may have been the lock keeper or one of the people who helped unloading the ships.

If you would like to see some more pictures of Schiedam, including the mills and the Porters guild house,  please click on 'Holland' in my sidebar.

Wish you all a happy wednesday!