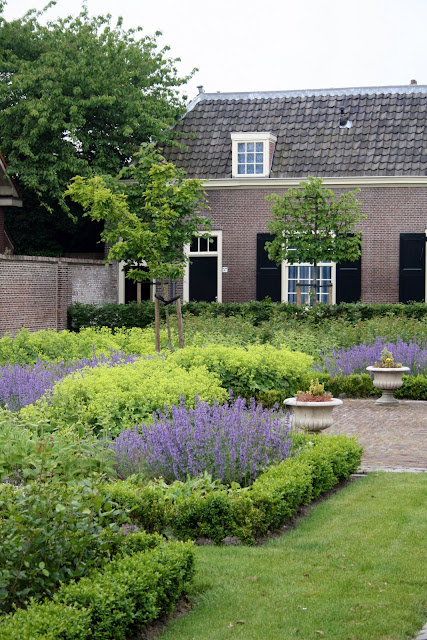 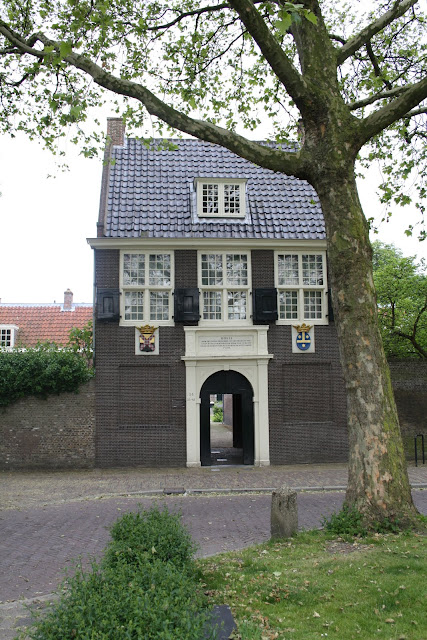 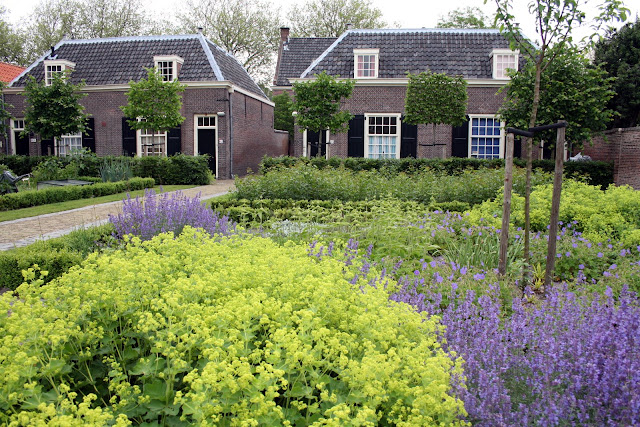 To go to places you normally don't go too, to see things for the first time. That's what we did in Deft last weekend.

We often go there, but this day it was different. We went on a sort of mystery walk of our own. First stop 'Hofje van Pauw'. This cluster of houses was built around an inner courtyard in 1707 on request of Elisabeth Pauw, the mayor of Delfts daughter, who died a year earlier. The houses were lived in by poor and needy families. The complex stood empty for a number of years, until it was renovated in the 1950s. Nowadays it is a home for people with a handicap. It's a joy to visit the complex, especially after the renovation of the garden in 2007.

Second stop 'Agneta Park' The Agneta park was built at the end of the 19th century for people who worked in a factory nearby. Not only the architecture of the houses is special, the park like environment as well; lots of trees, water and even fountains. Some houses were decorated with all kind of orange materials and Dutch flags, because of the world championship football.

After visiting the Agneta park we just walked through town. If you haven't been to Delft yet, it is worth visiting. I have been there lots of times and still love it very much.  Have a good new week! 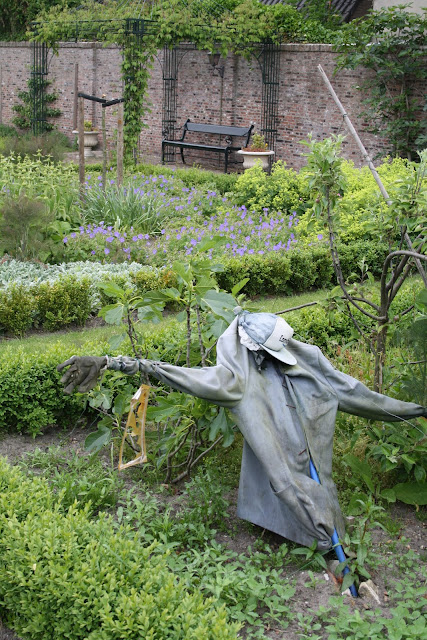 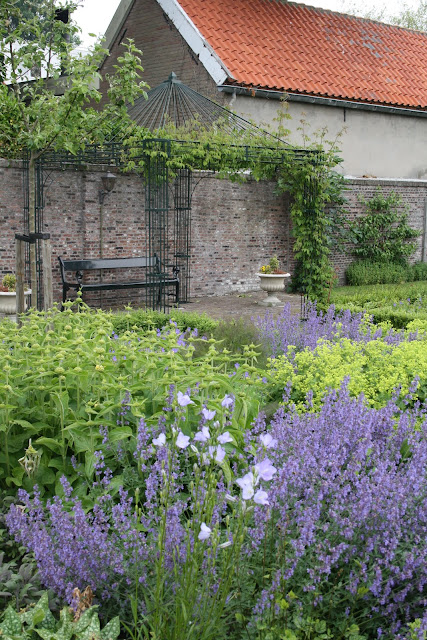 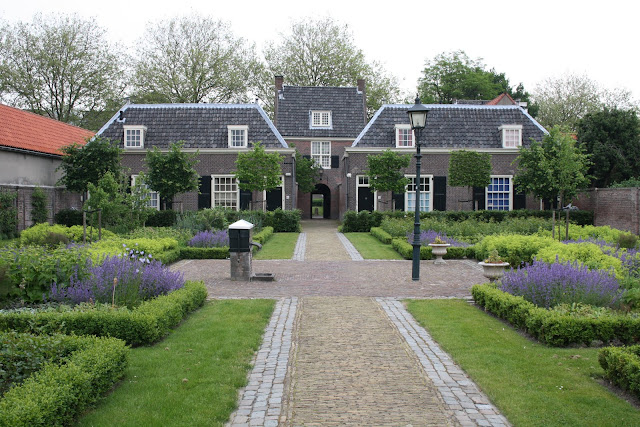 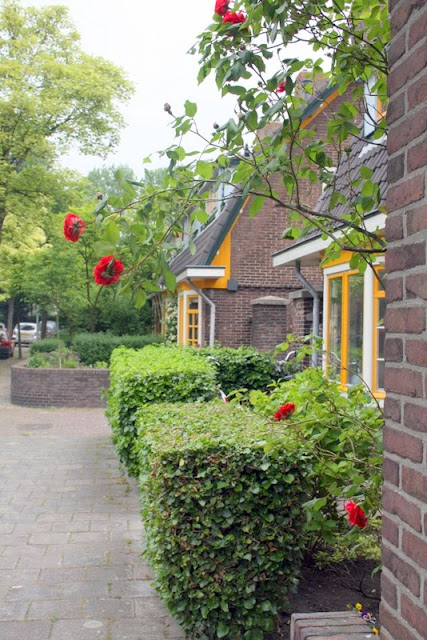 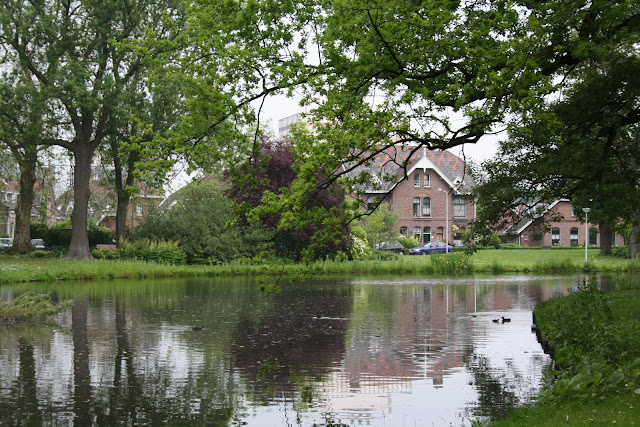 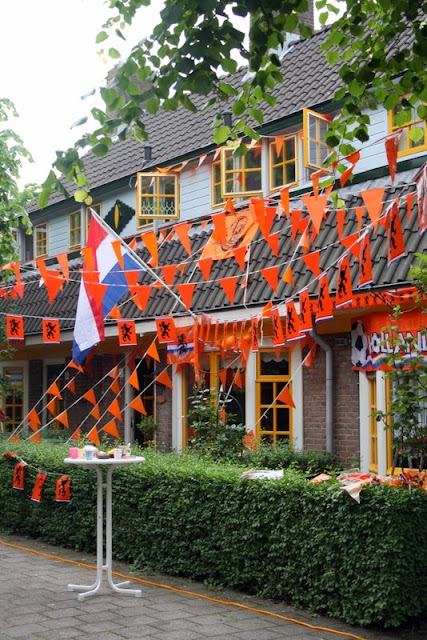 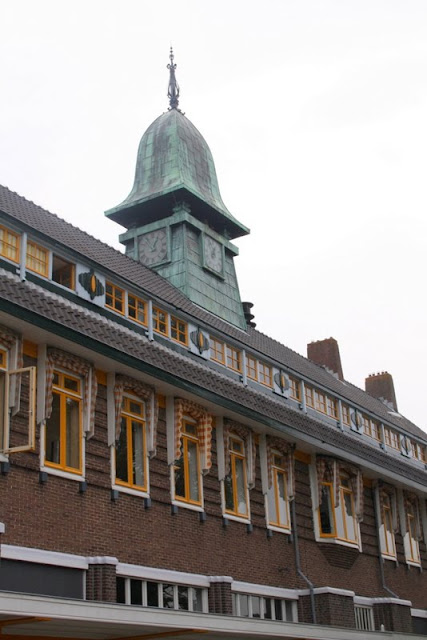 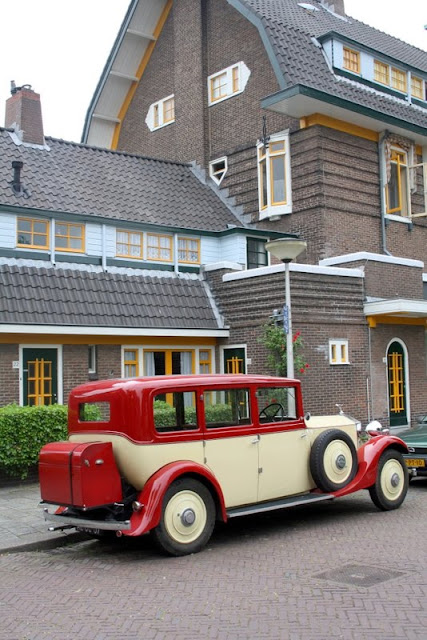 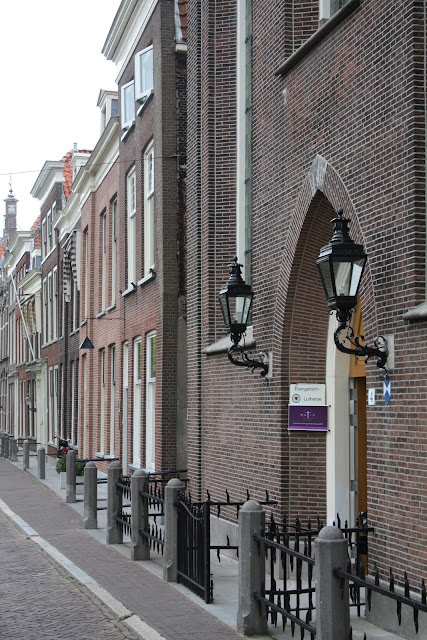 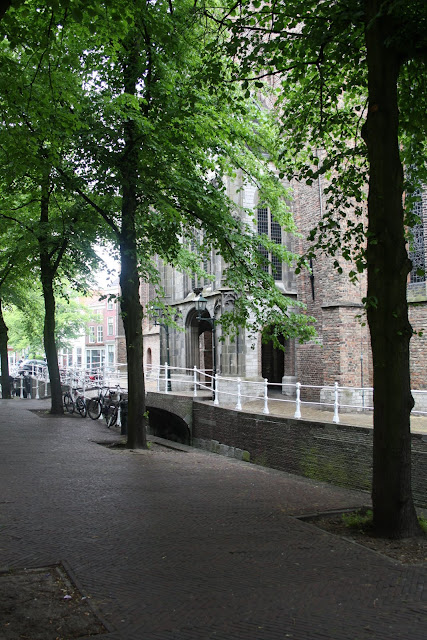 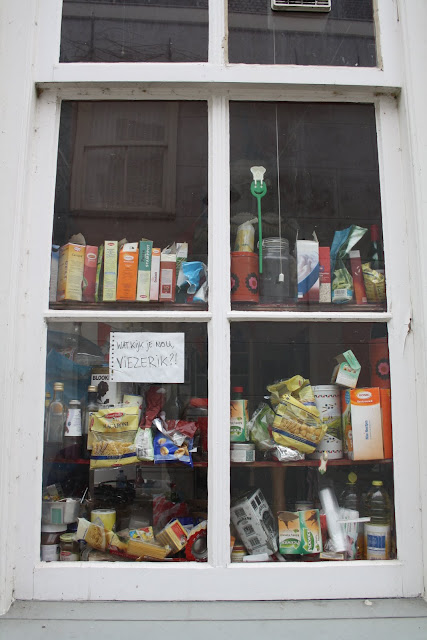 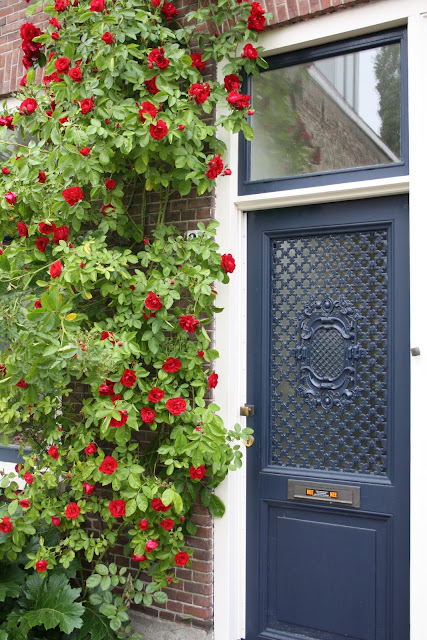 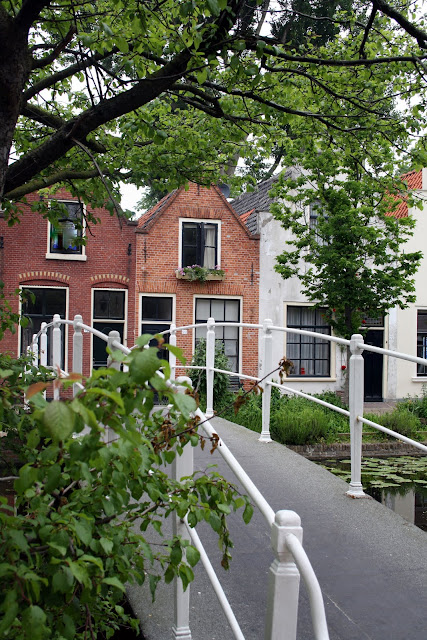 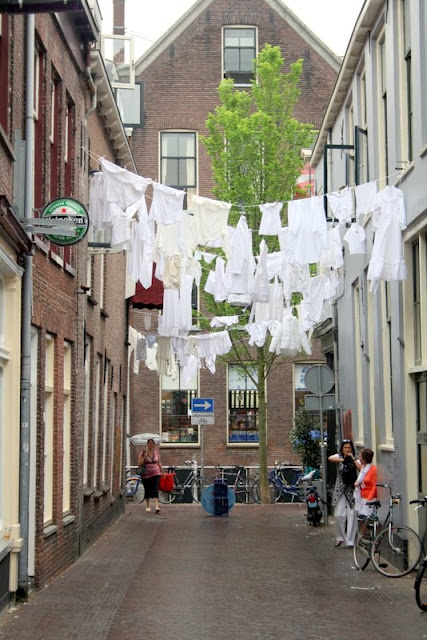 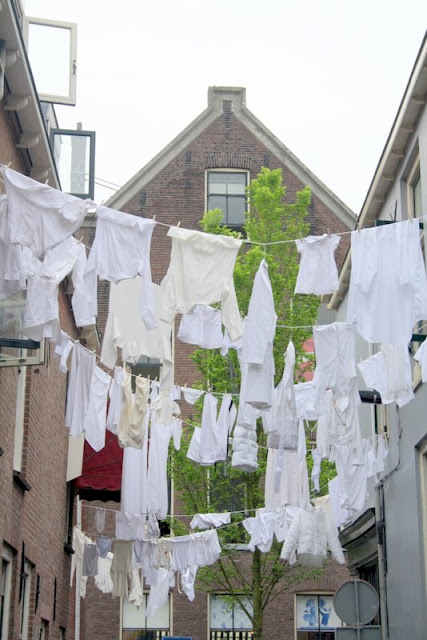