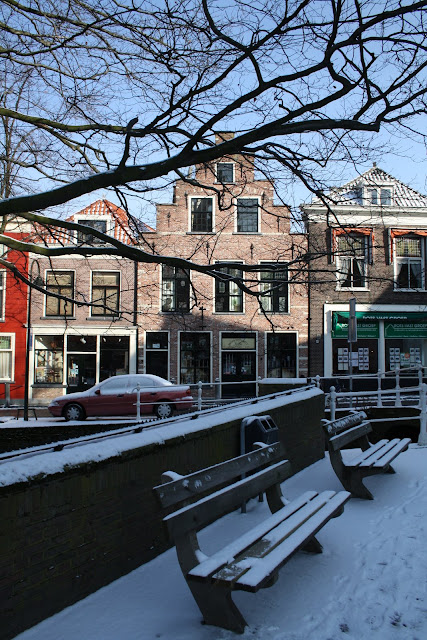 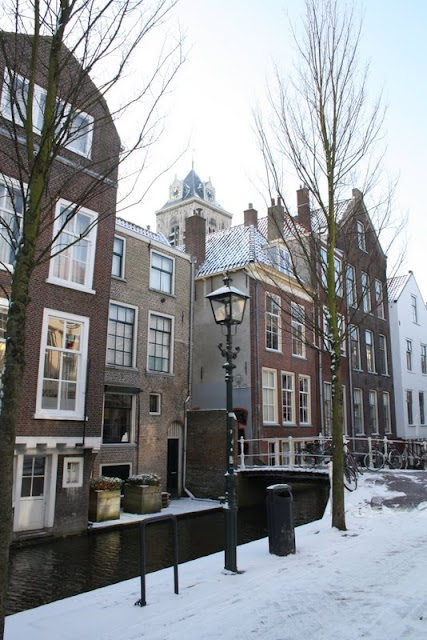 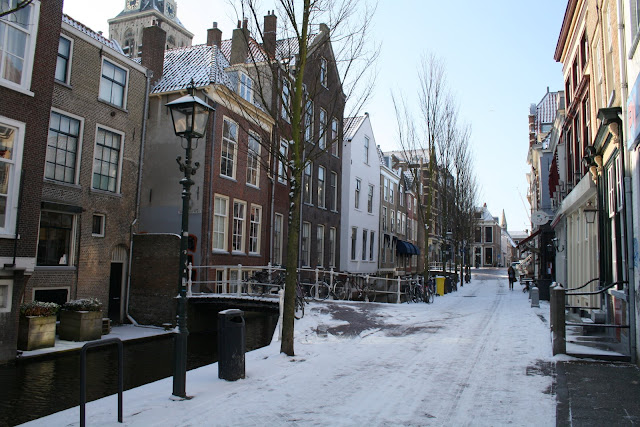 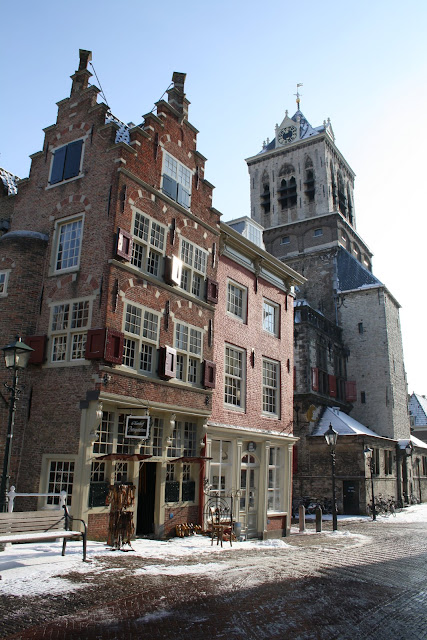 Today something very special happened. Maybe you think I am crazy, but I can assure you I am not :-)! As I was walking through Delft, tiny silver snowflakes fell from the sky. It's unbelievable what a bit of sunlight can do to an ice crystal. It was so pretty! I can't remember having seen it before. It was just as if glitter was scattered from the sky! Unfortunately I did not manage to take a picture of it.

However, I did  take some photos of the canals, the Old church, the New church and the 'Prinsenhof'. The Prinsenhof was the residence of William of Orange, a big statesman who was the main leader of the Dutch revolt against the Spanish that set of the eighty years war and resulted in the forming of the United Provinces in 1648. William was murdered in The Prinsenhof (pictures 6 to 10). You can still see the bullet holes in the wall!

In a thrift store I found three beautiful floral teacups, which I will show you soon. I also bought two beautiful black 'ART' wintercoats. My intention was to buy only one, but I just could not decide.....As the price was  low, I finally decided to take them both! I haven't regretted my decision so far. It must have been my lucky day today! I hope you had a good day too?! 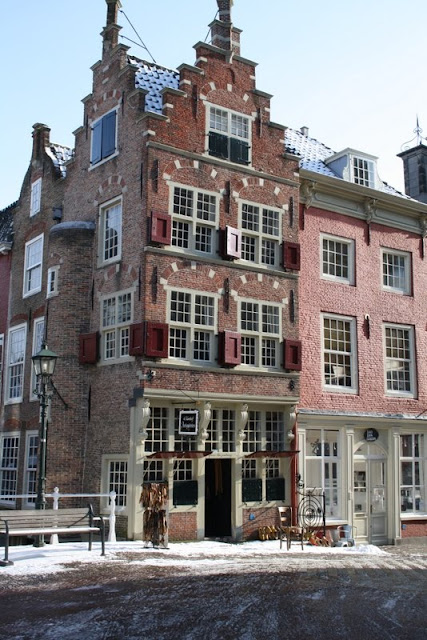 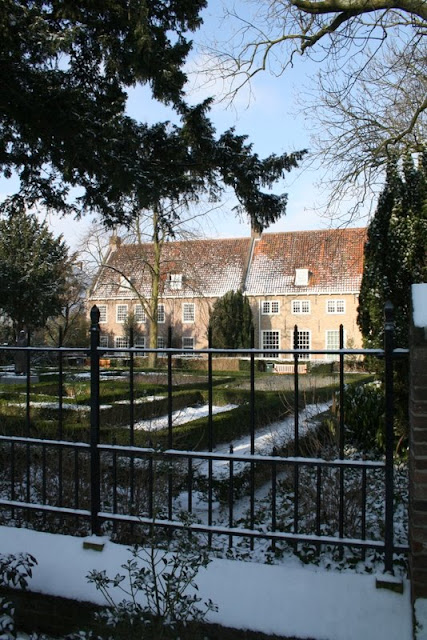 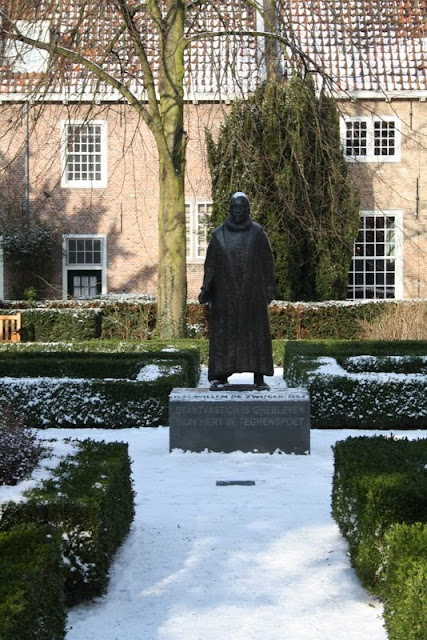 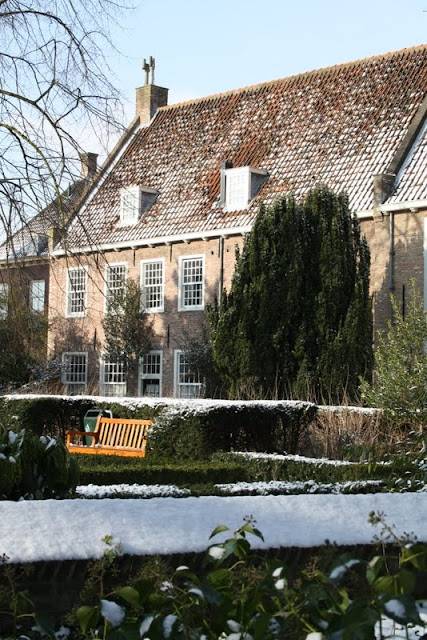 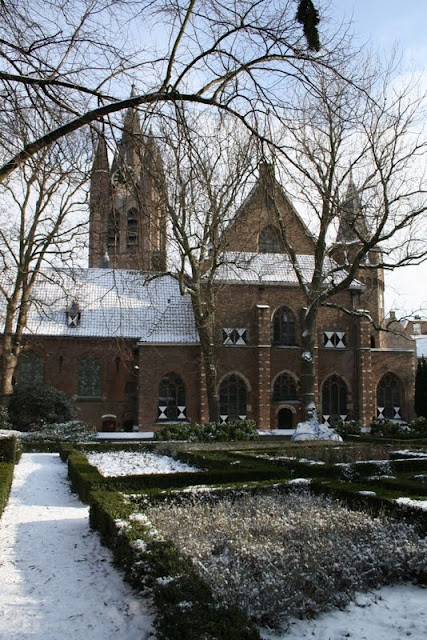 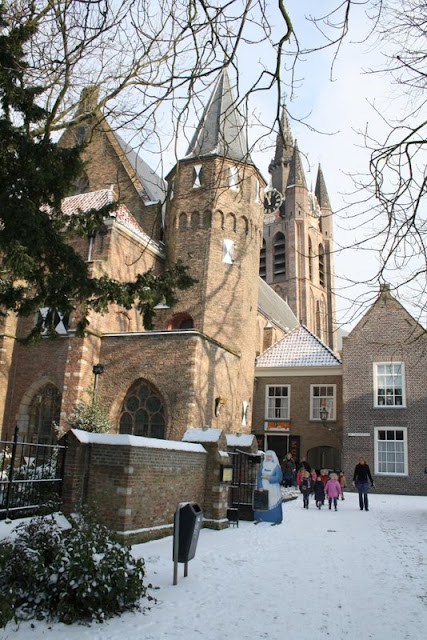